“When the night comes, for us, that is the most dangerous,” he says. “They are trying right now [to] put fear as much as they can.”

A new video released by the city of Dnipro shows the aftermath of that rocket attack about two in the morning.

For Konovalov, it began with two separate blasts, ten minutes apart, that shook his house. 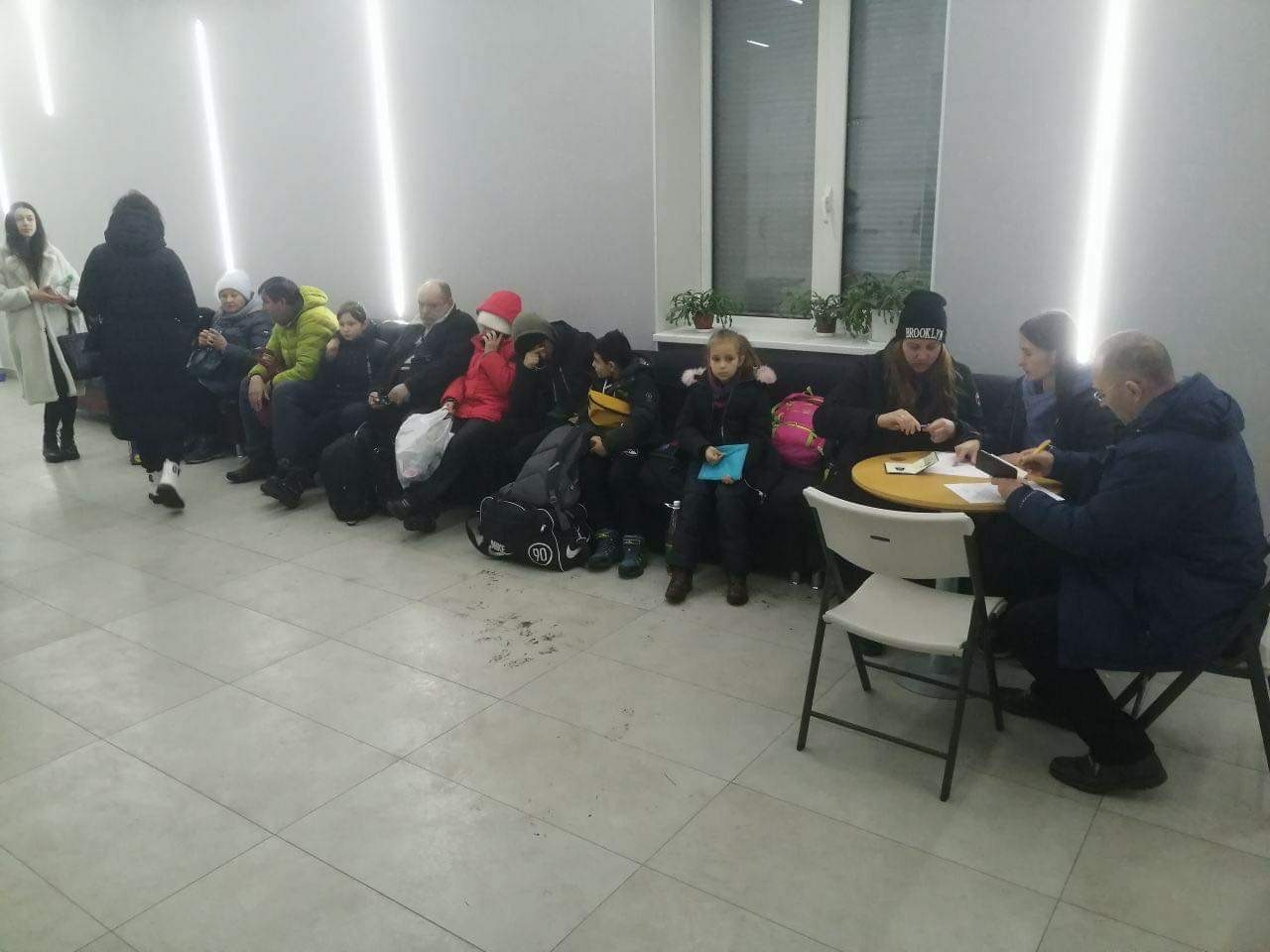 “I woke because that powerful sound and my house was shaken like that,” he recalls. “And then I saw in the window like a flash, like a huge flash in the sky, like poof.”

The 31-year-old pastor and his wife didn’t wait to see what would happen next.

“I pull my prosthetic on, I run to the room, to my daughters, woke them up,” he says. “My wife, she took my son, and we went downstairs to the basement. When it starts, it makes you have fear inside of you, and you are just trying to grab all of your kids and go to the lowest place in your house in the basement. I can’t sleep until five am.”

Unlike an earlier rocket attack just days ago, this one was at Dnipro’s International Airport, about two miles from Konovalov’s house.

He says a friend of his in the military later gave him details about what happened.

“They hit terminal, our international airport in Dnipro. One rocket hit terminal, second one hit [the] terminal runway,” Konovalov explains, adding that the “whole terminal is broken right now, and I asked my friend if everyone’s okay, and he said it was a miracle because it was so close to him.”

Last month, Konovalov was in Minneapolis, getting fitted for a new prosthetic leg.

Weeks later, he’s been providing food and shelter for people in his community, about 400 so far.

And he’s making room for more.

“We are right now preparing to give people a place to sleep at one time, about 150 people,” Konovalov says. “We can take away all the chairs from our church auditorium.”

“This week, I am searching to buy a bus to help refugees come to our city heavily attacked by Russian forces,” Konovalov says. “I can’t imagine people in Mariupol hearing that sound of airplanes, Russian airplanes. They are not just flying through, they are attacking with bombs. I have no words to explain what is happening.”

He notes that Dnipro has not seen the number of airstrikes that Mariupol has been experiencing.

Konovalov says he and his family will stay put, and do what they can to help.

“We need to help Mariupol,” he declares. “I feel right now my mission is to help, to be in Dnipro, to help people, evacuate from that region, neighbors.”

Konvalov says that amazingly no one was killed or hurt in this most recent attack in his city.

There is a sliver of hope from Zelenskyy.

But Konovalov says he’s troubled by the attacks on civilians by Russian forces.

“They are just killing, (using) terrorism on civilians to make the western world just quit the fighting,” he says. “But so many people are dying. Our army will fight to the end.