A key foreign minister from the United Kingdom (UK) is touring several Midwestern states talking to government officials, business leaders and Ukrainian groups about American and European sanctions against Russia.

During a speech and question-and-answer period at luncheon meeting of the Economic Club of Minnesota in Golden Valley, he says Russian President Vladimir Putin should not underestimate the resolve of the Ukrainian people or their allies around the world.

Cleverly says he’s aware the cost will be high in terms of human life and economically. “It comes at the cost of lives to the Ukrainian people and it is hitting us economically both here in the U.S. and back home in the UK,” he says. “That economic pain sadly was inevitable the minute Russian tanks rolled into Ukraine. Gas prices were always going to go up. Food prices were always going to go up and the best thing we can do is bring this war to a conclusion soon and one of the most effective ways of doing that is squeezing Putin financially so he’s limited in his funding to the war machine.  Defending democracy costs and we all have to pay the price in some way.”

Cleverly also said more than 200,000 people across the UK volunteered to take in Ukrainian refugees. So many volunteered, they quickly crashed a government website. 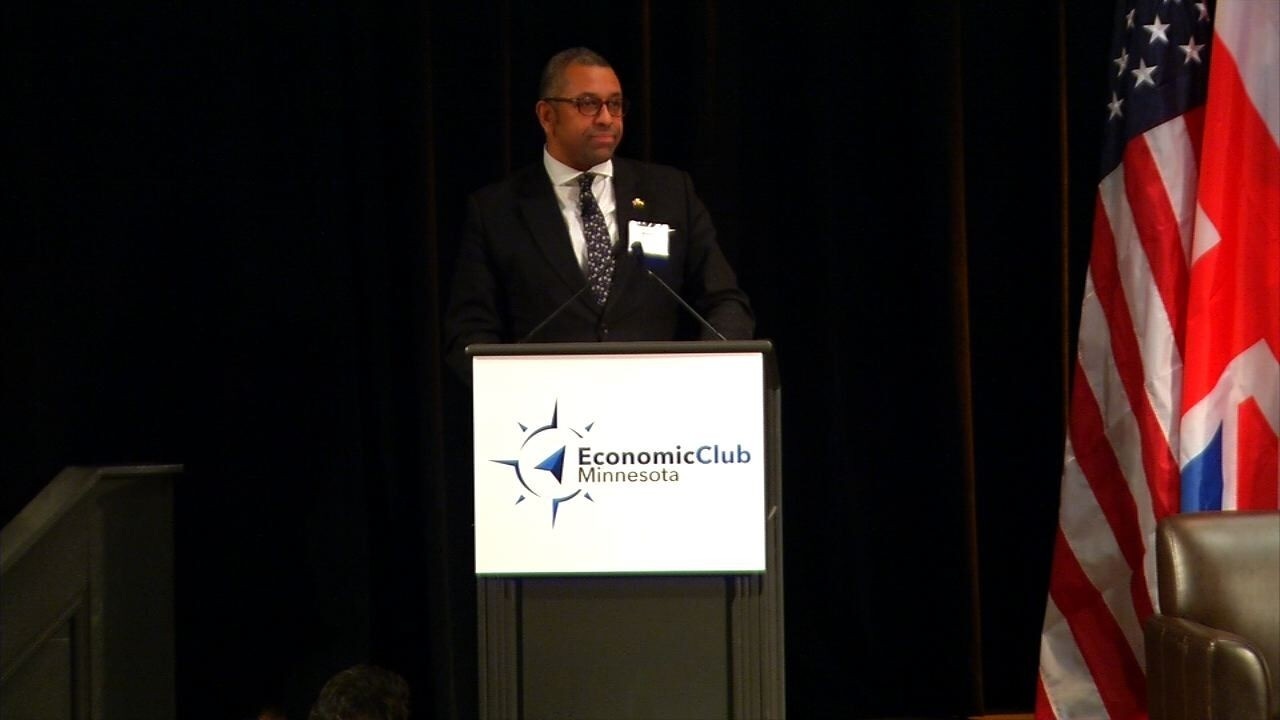 While in Minnesota, Cleverly also met with Lieutenant Governor Peggy Flanagan and visited 3M headquarters in Maplewood to commemorate the company’s 70th anniversary of doing business in the UK.