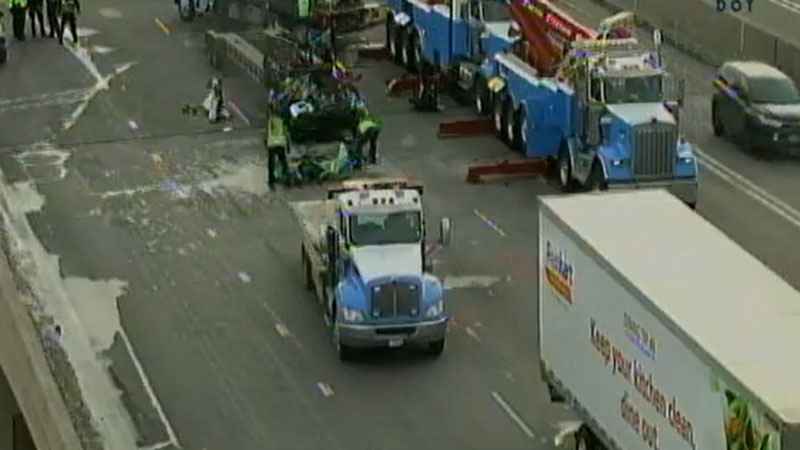 A crash seen on Minnesota Department of Transportation traffic cameras Tuesday afternoon in Little Canada has resulted in serious injuries, according to the Minnesota State Patrol.

The crash occurred in the northbound lanes of Interstate 35E near the Highway 36 exit.

Authorities said, at about 12:50 p.m., a Volvo semi-truck was traveling northbound on I-35E slowing for traffic when it was rear-ended by a GMC Sierra that was noted to be traveling at a high rate of speed.

The driver of the GMC Sierra has been identified as 43-year-old Timothy Williams, from Shoreview. He is currently at Regions Hospital with life-threatening injuries.

The driver of the semi has been identified as Brian Mosoti, 32, from Minneapolis. He was not injured in the crash.

The state patrol said Williams was not wearing a seatbelt at the time of the crash.

No other information is available at this time.