Tipped-over semi creates delays along I-94 in Maple Grove 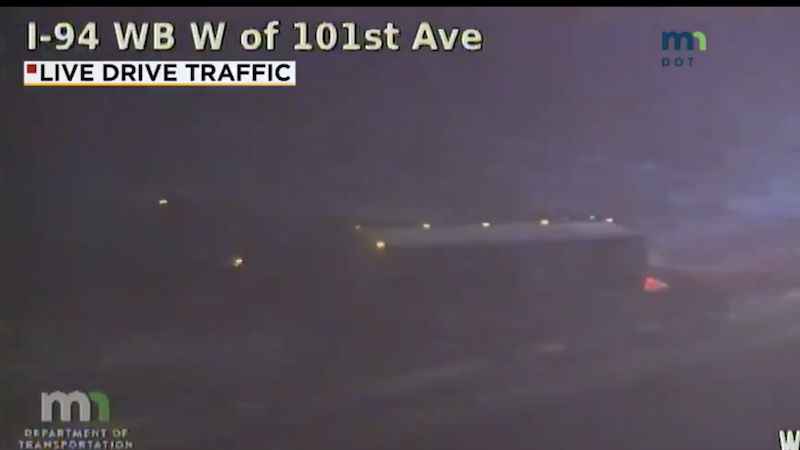 Those planning to take a portion of eastbound Interstate 94 in Maple Grove early Tuesday will likely encounter delays due to a semi truck on its side in the area.

KSTP Traffic Reporter Josie Smith said the semi tipped over on the side of the road along I-94 eastbound near 101st Avenue, west of Highway 610.

Smith said she is receiving reports the truck was loaded up with 80,000 pounds of barley, adding that a crew will work on cleaning up the grain spill so it doesn’t attract wildlife to the area.

The Minnesota State Patrol reported the semi would be towed after the morning commute. Smith said lanes are open, but that, as of 6 a.m., backups extended to Highway 101 in Rogers.

Smith said fog in the area is also expected to increase travel time.

Track your route via the KSTP interactive traffic map

Here’s a close-up of the semi on its side in Maple Grove. https://t.co/wiagwePlXs pic.twitter.com/bVBx8gQ1gz

Right lane closed! Crews are in the process of getting this tipped over semi back on its wheels along I-94 EB prior to Hwy 610 in Maple Grove. Plus, they’ve gotta clean up the barley…so it’s going to be a while before they’re done. https://t.co/wiagwePlXs pic.twitter.com/ETwqEzNmrI