State patrol: No injuries in fiery crash along I-35 near Forest Lake

No injuries were reported after a fiery crash along Interstate 35 near Forest Lake Wednesday morning.

The Minnesota State Patrol stated troopers responded to the area after receiving a report of a pickup truck disabled after it hit a deer. The truck remained on the interstate; no one was inside.

Minnesota Department of Transportation cameras show traffic moving around the truck before a semitrailer hits it. The pickup and semitrailer move across the interstate onto an exit ramp.

The pickup can then be seen hitting a car parked on the shoulder. Flames then engulf both vehicles. The semitrailer, meanwhile, comes to a stop on the median.

The state patrol reports no one was hurt. 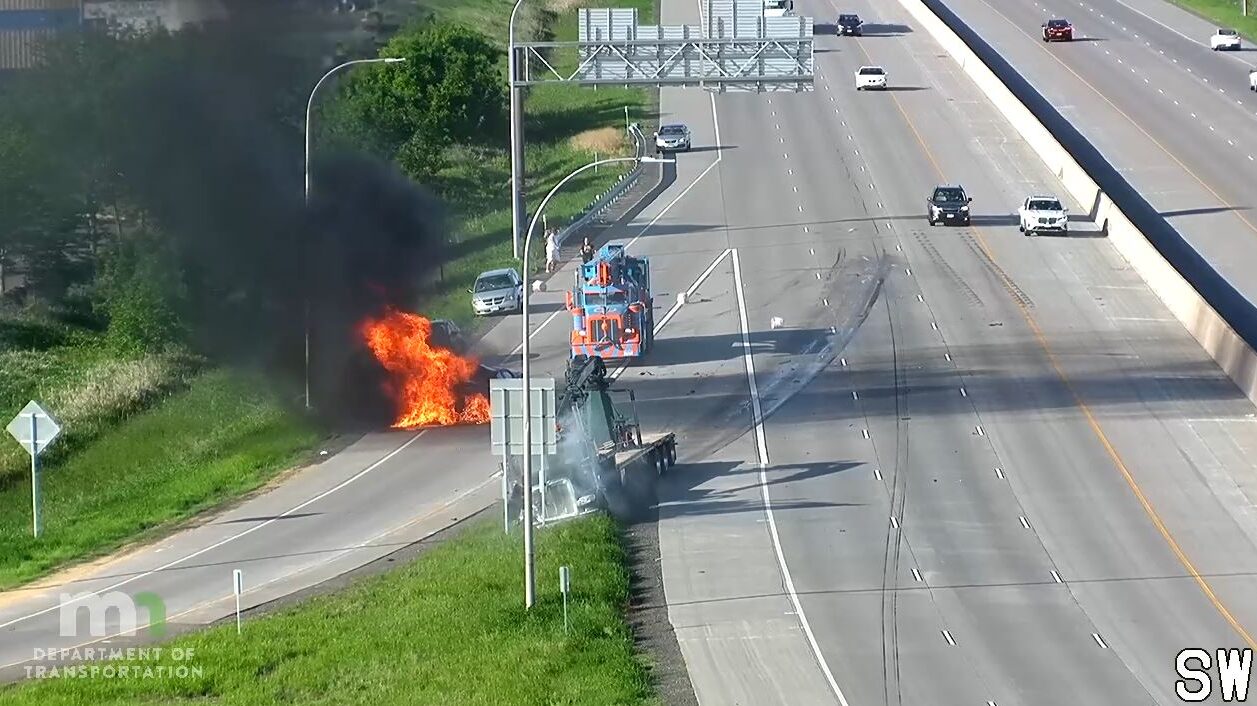 Crews were at the scene of a fiery crash on Interstate 35 near Forest Lake. (MnDOT Traffic Camera)

The crash temporarily closed an exit ramp in the area.