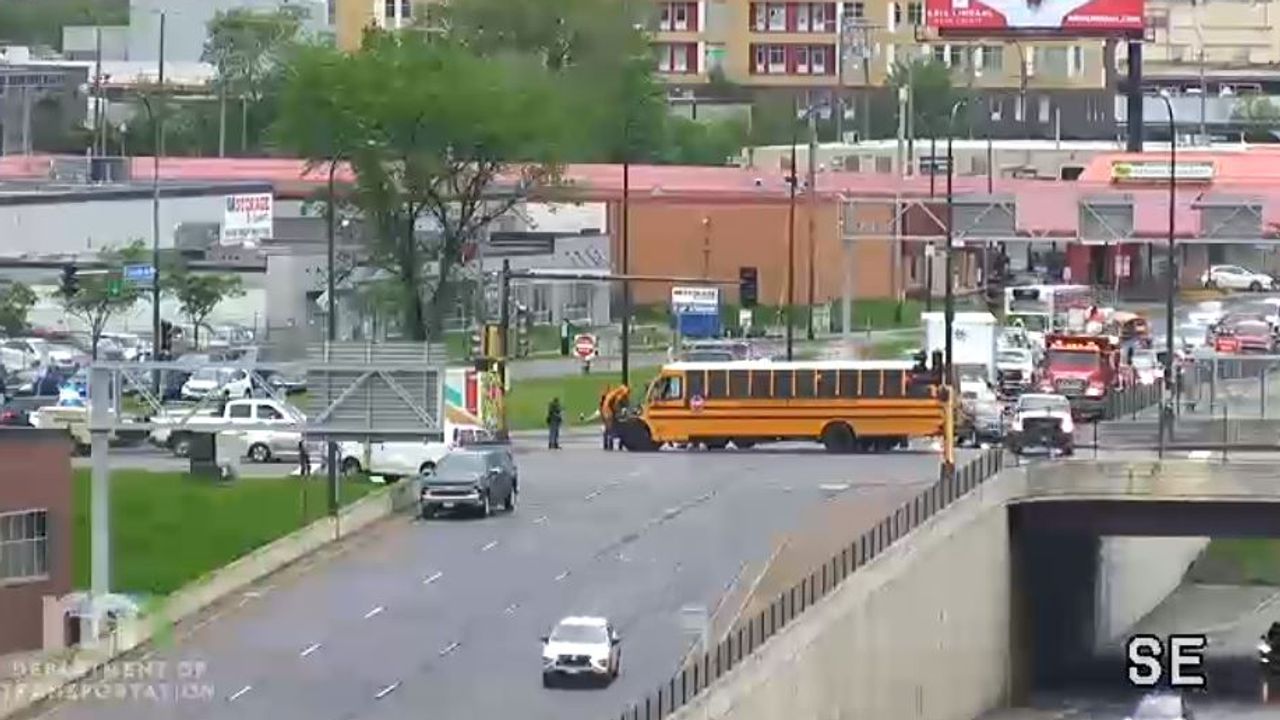 Officials were at the scene of an incident involving a school bus close to the Near North neighborhood of Minneapolis Friday morning.

The incident happened along the Interstate 94 overpass at Olson Memorial Highway.

A fire engine, ambulance and police vehicles could be seen in the area via traffic management cameras. Additional school buses could also be seen arriving at the scene.

Police added that both drivers were cooperative and no citations were issued.