‘You get to interact and spend personal time with the people you love’: Board game, puzzle sales skyrocket during pandemic

It’s just a board game, right?

In the midst of the pandemic, Minnesota families are rediscovering an old-school form of entertainment… that’s new again.

"It’s kind of a nice diversion to kind of forget about things," Jim Mona, an urgent care doctor from Hutchinson, said. "This is a good, positive thing for us. I find you get much less stressed out."

For Mona and his family, "Sequence" is a bit of an obsession. 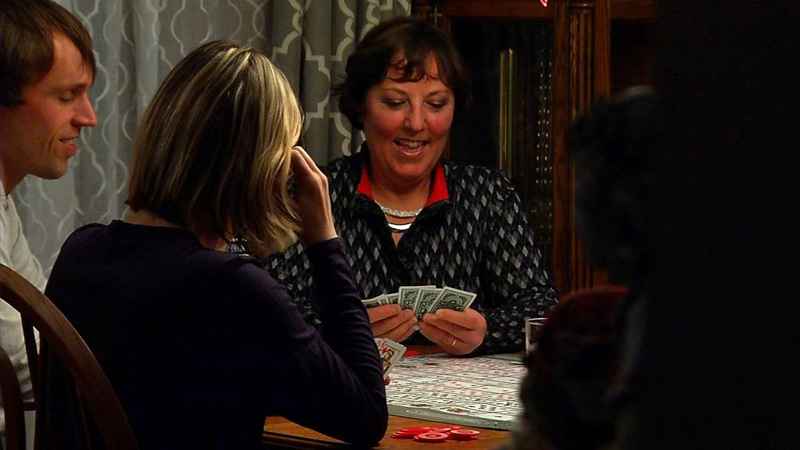 But during the pandemic, when there was so much we couldn’t do — something happened.

"Instead of seeing our sales go down, we saw them actually go up," recalled Tony Nelson, the owner of Maynard’s, the Minnesota-based puzzle-maker. "I think when everybody’s at home, they’re looking for things to do inside and they found us."

The Toy Association — an industry trade group — says game and puzzle nationwide increased by 42% in 2020.

That’s the best year ever, the association says, for the nation’s $27 billion toy industry.

"I think it’s not only a diversion, it’s a healthy family diversion," said Doug Reuter, the inventor of "Sequence," and a former Minnesota lawmaker. "Parents would be surprised when they sit down and play a game, whether it’s ‘Sequence’ or almost any other game with their kids. Their kids will more open up. There’ll be more communication, and ‘Sequence’ is a game where you can talk while you’re playing."

Reuter might just be the proudest gamer out there.

He said the idea for "Sequence" came to him during a dream in the 1970s.

He forced himself to get out of bed and write it down before he forgot.

"I’m a recovering politician," he joked. "’Sequence’ is a family-friendly game. We started our kids out at age 5."

Before the pandemic, Reuter toured the country, showing groups of all ages how to play the game.

"Any place I go, I try to make people aware of ‘Sequence,’ talk to people about it, describe it," he said.

Game industry insiders said sales of the game have skyrocketed.

Goliath Games, which owns the rights to "Sequence," said it sold 1 million of the games worldwide in 2020, a 60% increase in sales, worth $20 million.

"It’s something different to do other than just sit around on your devices and being focused on that, and no communicating with others," Reuters said, smiling.

But it’s not just board games — consumers are apparently snapping up jigsaw puzzles as well.

Nelson said it all began with the lockdown and new restrictions in March.

He said this past year, his sales have doubled.

"A lot of small retailers learned how to pivot very quickly, and put up online stores and curbside service," Nelson explained.

But there is, perhaps, something more at work, he added.

"Every time you place a piece, you get a little adrenaline rush, and it’s a positive thing that helps people who are actually lonely," Nelson noted.

Meanwhile, at the Mona house, the "Sequence" game is going full steam.

"So by day you’re a doctor, and at night, you’re a ‘Sequence’ player," a visitor told Jim Mona.

Mona, who swabs patients every day, testing for COVID-19, said he’s probably like many other Minnesotans — glad to have this diversion with his family.

"Because what else are you going to do in this time of the pandemic, with all the political theater going on," he declared. "You get to interact and spend some personal time with your family."