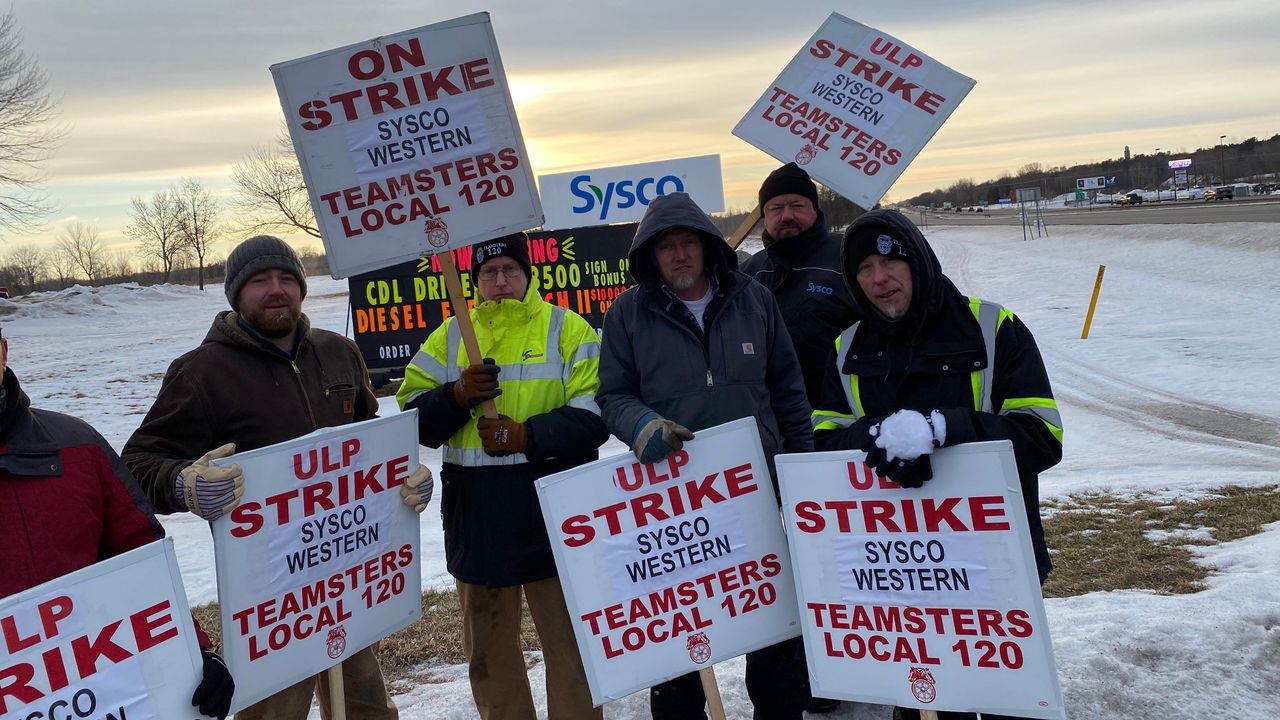 Members of Teamsters Local 120 say they began the strike against Sysco Western MN in St. Cloud at 10 p.m.

Union members have accused the company of using unfair labor practices, such as withholding information on benefit plan offerings, and not making changes to conditions evenly.

They also claim the company offers wages and benefits far below the industry standard for unionized employees.

The union says the work stoppage could affect restaurants, schools and movie theaters that may not get deliveries.

According to Sysco’s website, the company sells, markets and distributes food products to restaurants, healthcare and educational facilities, lodging establishments and others. The company also says it operates more than 340 distribution facilities around the world.

5 EYEWITNESS NEWS has reached out to Sysco for comment, and received the following statement:

We are disappointed that, at this critical time, the International Brotherhood of Teamsters Local 120, who represents our driver associates, has implemented a work stoppage at our Sysco Western Minnesota site.

Our bargaining team has made an offer that would place our drivers well in excess of the majority of other drivers in the local market when comparing wages and benefits.

In comparison, the union’s unreasonable demands would increase Sysco Western Minnesota’s combined wage and benefit costs by more than 50% in the first year of the contract. An increase of this magnitude would place an unreasonable burden on our business and can ultimately lead to an increase in costs for all Sysco Western customers.

While we remain committed to continuing to negotiate in good faith, our immediate focus is now meeting the needs of our customers. we are utilizing every resource available to rapidly implement our business continuity plans and protect the livelihoods of our customers.

The Local 120’s allegations of unfair labor practices are without merit. Sysco Western Minnesota cares about its drivers and has provided a market competitive offer that includes meaningful wage increases, a robust benefits package and a ratification bonus of $3,500 per driver. Our bargaining team has also shared all required information about the offer, including information and costs related to its entire benefits program, with both the union representatives and Western Minnesota drivers. We seek to communicate transparently with the drivers so that they are able to make an informed decision and avoid further financial disruption to their families.