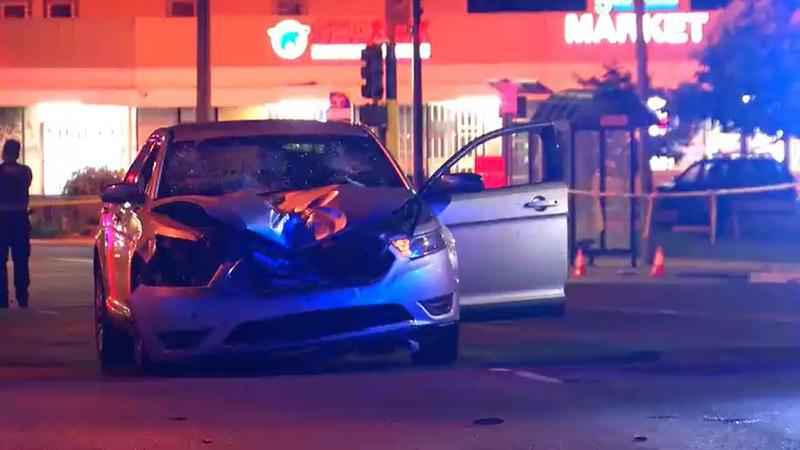 A St. Paul woman is in custody in connection with a hit-and-run crash Friday night that killed 23-year-old Kevin Dodge-Fjelbroten.

According to Minneapolis police spokesman John Elder, Aissata Lavonne Dore, 20, was arrested on Sunday and has been booked into the Hennepin County Jail on suspicion of criminal vehicular homicide. She has not been formally charged.

The crash happened just before 10:30 p.m. Friday on the 2500 block of West Broadway Avenue in north Minneapolis. Officers arriving at the scene found Dodge-Fjelbroten lying in the street, and an abandoned Ford Taurus with significant damage was found further down the road.

The victim was taken to the hospital, where he was pronounced dead soon after.

Investigators say the victim was walking across the westbound lanes of Broadway when he was struck by the Ford driving above the posted speed limit. The occupants of the vehicle then got out and fled from the scene.

1 dead in pedestrian hit-and-run in Minneapolis