Potter faces two counts of manslaughter in the death of Daunte Wright in April.

Fourteen jurors—split evenly between men and women, and predominantly white—will listen to the defense and prosecution as they begin arguments in the case over Wright’s death.

Experts say video of the shooting will play a key role in deciding the case.

The Brooklyn Center Police Department released the video the day after the incident. 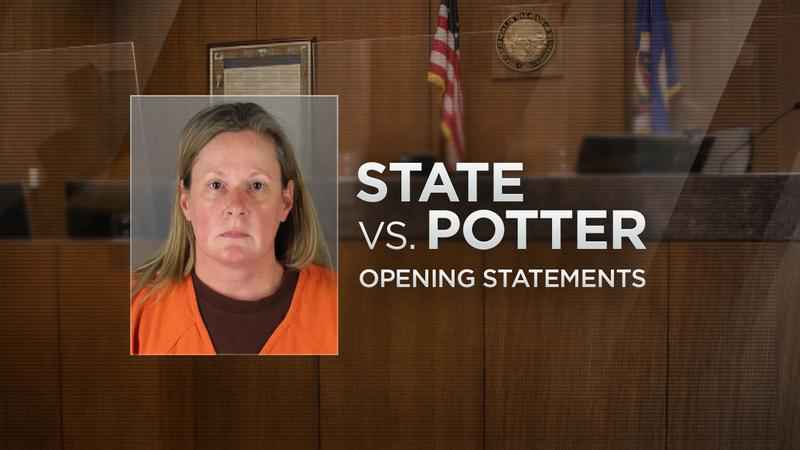 According to law experts, it’s one of the most important pieces of evidence in this trial.

A retired Hennepin County District Court judge 5 EYEWITNESS NEWS spoke with expects that Tuesday, the state will begin by showing the video and what happened in April.

Attorneys not affiliated with the case point out jurors could have several different takes from seeing the same video, adding the video cannot stand alone.

Mark Osler, a University of St. Thomas law professor, said Potter could be difficult to cross-examine.

"She is going to be in some ways a difficult witness to cross-examine," Osler said. "Police officers are trained to testify. They spend time explaining things, they usually have spent a lot of time in court on cases, and so they are experienced witnesses and that, of course, makes them more difficult to cross-examine."

Experts say the defense is expected to argue the incident was all a mistake and that the big question in this case for witnesses and jurors is how a mistake could be made when the Taser is on one side and the gun is on the opposite side of Potter’s belt.