The family of a Minnesota teen who died unexpectedly had the rare opportunity to meet the Wisconsin woman who received his heart.

"When we had gone to get his driver’s license, which had just been like a month-and-a-half prior, he had asked, ‘Should I check this box?’ And I said, ‘I don’t know. That’s up to you,’" said Jan Sautter, Wyatt’s grandmother.

Sautter, who said she raised Wyatt, was referring to the organ donor section of his license. She did not know he had checked ‘yes’ until he was in the hospital with non-survivable injuries.

The family spoke with representatives from LifeSource, the organ procurement organization in the Upper Midwest, and learned Wyatt could donate his kidney, pancreas, liver and heart. 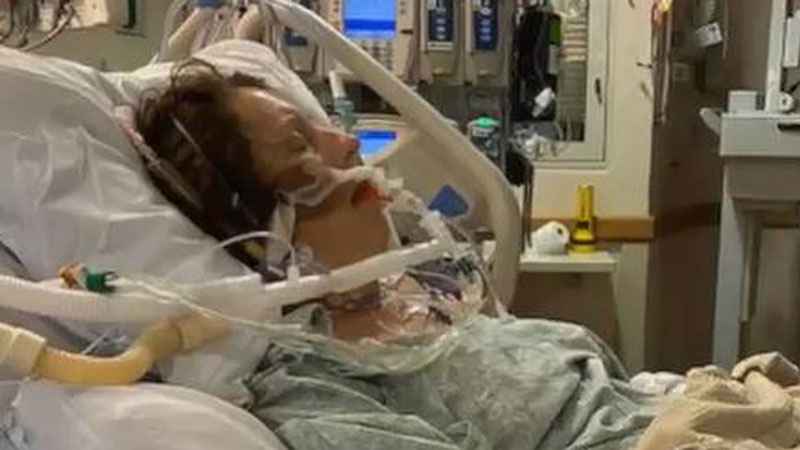 Sautter recalled the ‘honor walk’ at the hospital, when doctors and nurses lined the halls in honor of Bothun’s donation.

"When I think about it, it’s so overwhelming. It was so heartwarming that all these people were standing in line for him. And at the same time of course, we were all very sad and devastated," Sautter said.

At the time, she did not know who the recipients would be or the impact Wyatt’s donation would have on their lives.

It turns out, a woman in nearby Wisconsin received his heart.

Sandy Malay had been diagnosed with hypertrophic cardiomyopathy and was placed on the transplant list in 2018.

"They were very honest with me. They had said, ‘Sandy, your chances of getting a heart transplant, it’s going to take a while,’" Malay recalled.

‘This is absolutely transformative’: ‘Heart in a Box’ saves Minnesota man’s life, could change heart transplants

Malay said her father died of congestive heart failure at a young age. She said her family participated in a gene study and discovered four of her six immediate family members had the same gene. Malay said her brother ended up needing a heart transplant as well, which came through for him in May 2020.

Several months later, Malay got the call that doctors at UW Health in Madison had a heart for her, too.

"It was so special, so special," Malay said, "but to find out, you know, to find out it was such a young person, it made me so sad."

Malay underwent the heart transplant in September, which was a success.

"That heart is strong, it is so strong and I’m so fortunate," Malay said. "I was hoping I would meet his family and be able to thank them, such a wonderful gift."

Five months later, in the midst of National Heart Month, Malay was able to meet Wyatt’s grandmother via Zoom.

"I am so sorry for your loss, Jan. I just can’t imagine," Malay said during the meeting, "but do know that he’s made a difference in my life. I’m going to live longer because of Wyatt."

Sautter responded, "He would be so happy to know that his life goes on."

Bothun was one of 185 donors in the Upper Midwest in 2020, accounting for the second-largest number of successful transplants in LifeSource’s 30-year history, saving 603 lives across the country.

"It’s like, ‘Oh, thank you’ that something good has come out of this," Sautter said. "Wyatt would be thrilled to know that he was going to be the hero in someone’s life."

According to LifeSource, organ donation is extremely rare. Only 1% of people who die have the opportunity to give those gifts. The organization said a variety of medical and circumstantial criteria have to line up, including being free of active cancer and passing away at a hospital on ventilated support. LifeSource said 22 people die each day waiting for an organ transplant. They encourage everyone to consider becoming an organ donor.

Bothun was the first patient in the Upper Midwest to donate a heart using groundbreaking new technology known as ‘Heart in a Box.’ You can see 5 EYEWITNESS NEWS’ continued coverage on that here.