Special immigration visa applicants, their families and other people at risk have been directed to the military installation midway between Sparta and Tomah.

Around 1,000 service members have worked to build out capacity at Fort McCoy in anticipation of refugee arrivals. More than 1,000 refugees have already arrived, and an estimated 10,000 total could come to the Wisconsin military facility, according to the lawmakers briefed by military staff.

"This issue is very near and dear to their heart," Johnson said about the service members assisting at Fort McCoy. "They served with people from Afghanistan who put their lives at risk to help save American lives. So they are very vested in having an organized process for those individuals whose lives are at grave risk now within the chaos of Afghanistan, of helping get those individuals here safely in America."

Johnson went on to state, "I truly think the vast majority of people that will be coming here, and the numbers I’m hearing are probably in the tens of thousands, the vast majority are here wanting what we want: Freedom. An opportunity to raise their families in safety and security." 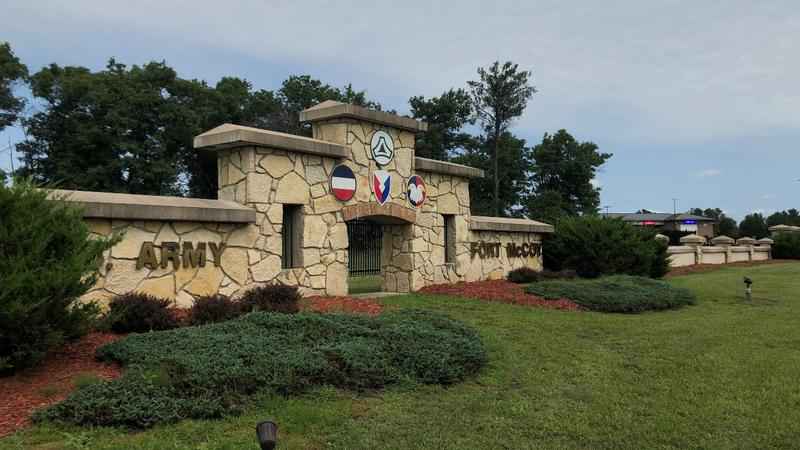 Johnson also highlighted a need to maintain an organized process as refugees arrive.

"We have to take our time, we can’t rush through the process," Johnson said, adding later that, "It’s a huge task. I think the goal was to try to process people in 14 to 21 days. Some people, you may be able to vet them that quickly and be certain, as certain as you can be with anybody, that these people are here for the right reason and represent no risk. It may take a much longer time for others."

State Sen. Howard Marklein, R-Spring Green, said seeing the facility boosted his confidence in the security of the operation.

"I had a number of constituents come up during the fair last week sharing security concerns," Marklein said. "I feel much better. I’m glad I was here today. I’m glad I was able to talk to the people on the ground. They are professionals and competent."

The legislators who toured the fort said the refugees are being fed twice daily; that will increase to three times a day. They will also undergo medical screening and will be offered the COVID-19 vaccine.

"There are more that are going to come in. I’m confident that [Maj. Gen. Darrell] Guthrie and his team will continue to execute this mission that has been put on their plate," said state Sen. Patrick Testin, R-Stevens Point. “It’s going to be a very difficult situation. I believe we have a moral obligation as a nation to not only get our people out of Afghanistan but also the people who helped our efforts over the last 20 years."

Wisconsin Gov. Tony Evers visited Fort McCoy, bringing along diapers and clothing for Afghan refugees, according to his office.

“I was glad to have the opportunity to visit Fort McCoy today to speak with military leaders helping with Operation Allies Refuge, service members in the Wisconsin National Guard, and many Afghan people who are now located at Fort McCoy," Evers wrote in a statement. "Our allies from Afghanistan have a long road ahead of them, and Wisconsin will continue to extend our support and assistance to these individuals who bravely contributed to our country’s efforts over the past two decades."

Fort McCoy posted on social media suggesting people wanting to help the refugees should contact their local Red Cross. Some other organizations helping refugees can be found here.