Minnesotans in the west metro navigated through heavy snow and difficult conditions Tuesday as the winter storm warning swept through the state.

“It’s Minnesota in January, what else are you going to do?” Pete Rockers, Minnesotan, said.

It’s the first snowfall of the year, and Mother Nature didn’t hold back.

Rachel Marie, New Zealand resident, is getting her first glimpse of the fresh powder in action. She’s visiting Minnesota.

“I actually like it. If it’s cold and it snows, I don’t mind. I don’t like when it’s cold and there’s nothing to do,” Marie said. 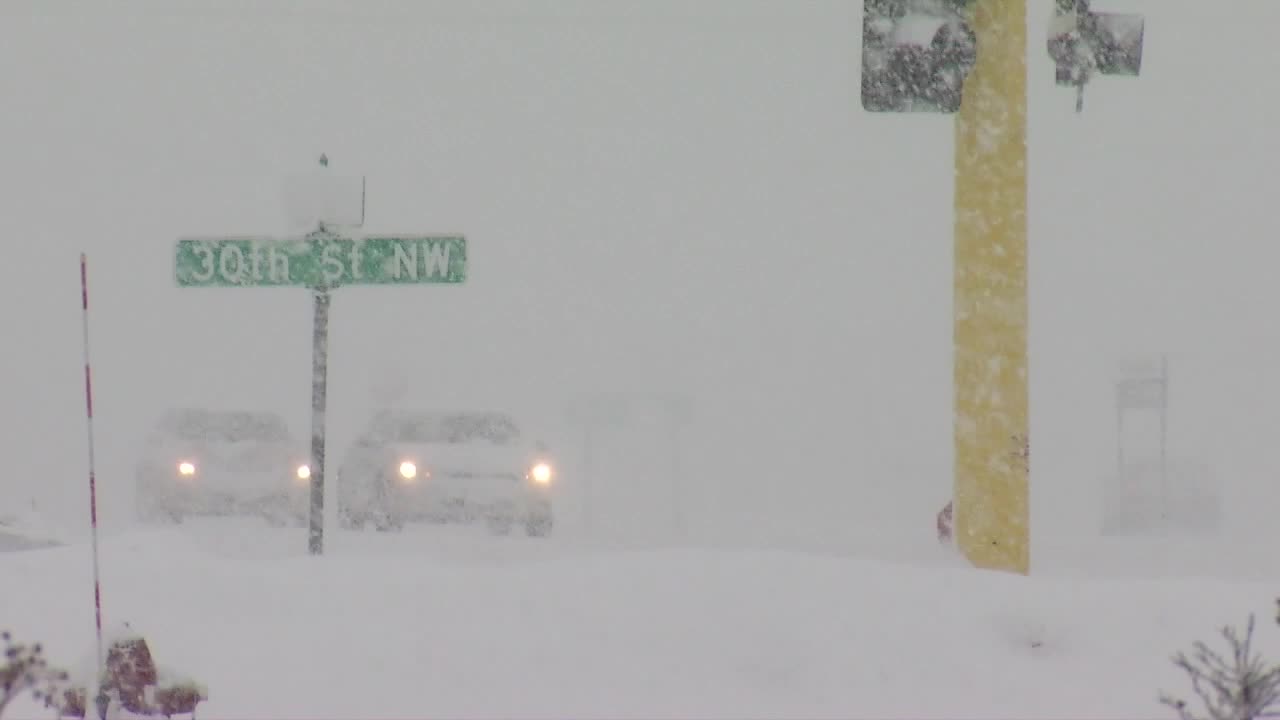 Some people ran errands in Wayzata to get ahead of the snow, but avoiding it wasn’t an option.

The west metro was covered with a blanket of snow within hours.

The Minnesota Department of Transportation said its crews did their best to pre-treat the roads, but the snow fell faster than they could clear it.

“With several inches of snow within several hours, it’s only going to help so much. We do anticipate really slick roads whenever it’s going to be snowing out there,” MnDOT spokesperson Anne Meyer said.

In the southern part of the state, drivers were battling snow and freezing rain that eventually turned to ice on the roads.

Freezing rain is a big concern because it can coat power lines or branches, causing them to snap.

Xcel Energy said it has crews on standby ready to get the lights back on if people lose power because of the winter weather.

In Faribault, drivers had to deal with weather conditions changing by the hour.

“It was coming down like really heavy rain and then suddenly it started to switch to sleet and then to these giant flakes. As soon as you wipe them off the car, they’re accumulating again,” driver Katie Campbell said

MnDOT said the safest place to be is at home, but if you do go out, taking it slow is the way to go.