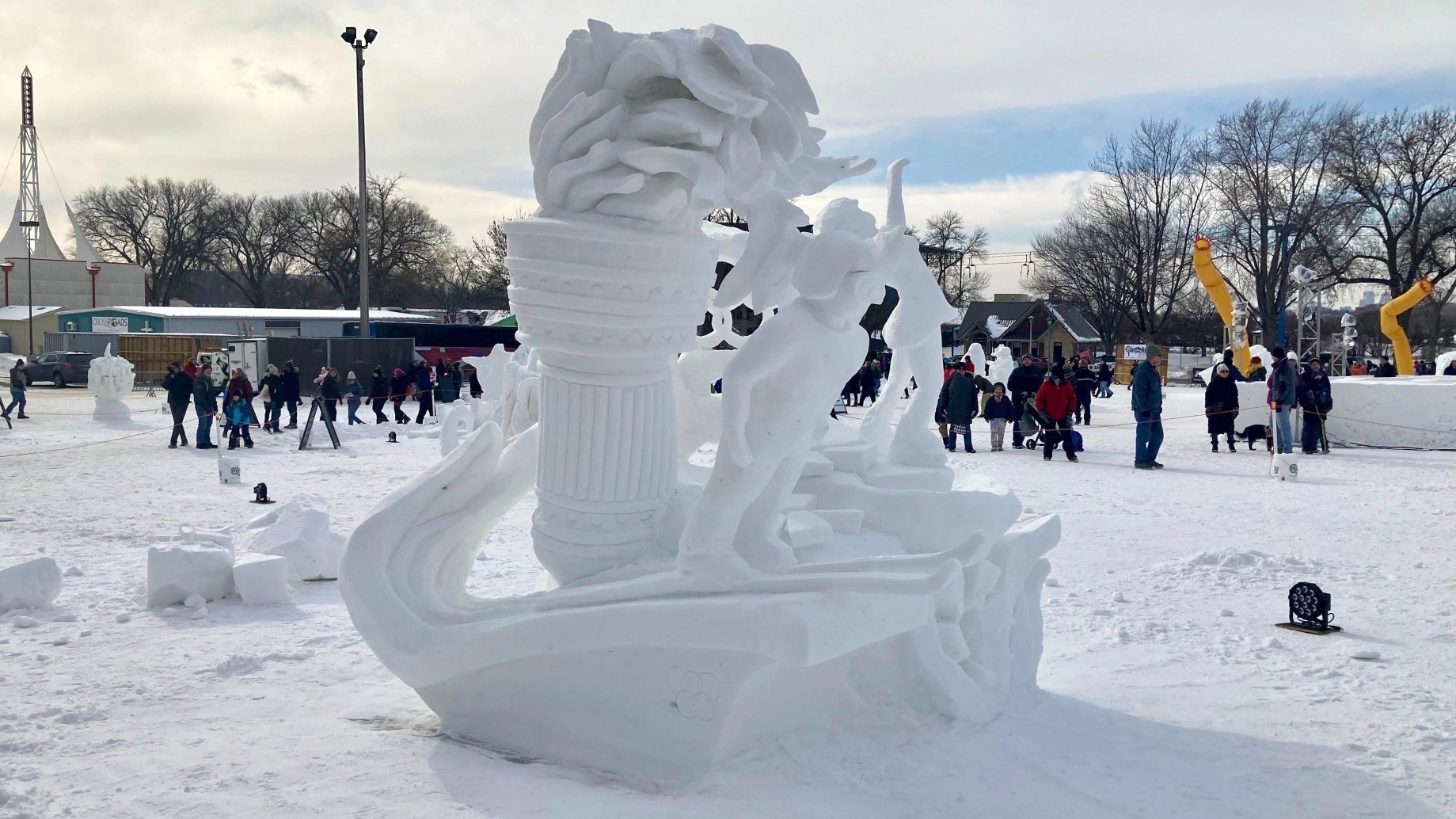 “Olympic Dreaming,” sculpted by team Royal and Supreme Order of Snow and Sand Sculptors and Shovelers, took first place, earning the trio $1,000 and a spot to represent Minnesota in the U.S. National Snow Sculpting Competition.

Jonathan Baller, of Stillwater, Joshua Baller, of St. Paul, and Curt Cook, of Cottage Grove, made up the winning 2022 team. They also won the people’s choice award.

“Chibishikee & Migizi Have A Chat,” sculpted by Team Kwe, took third and the artists’ choice award.

The Small-Block sculpting contest winners were also announced. These sculptures could only be 6-feet-by-6-feet large.

Meet all of the snow sculpting teams here.

Visitors can stop by Vulcan Snow Park and check out all of this year’s snow sculptures until Sunday, Feb. 6.