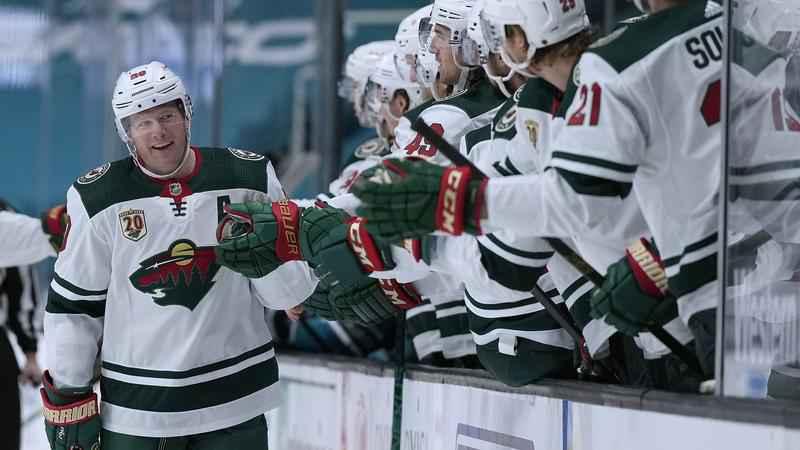 Minnesota Wild defenseman Ryan Suter (20) is congratulated by teammates after scoring a goal against the San Jose Sharks during the first period.[AP/Tony Avelar/File]

The Minnesota Wild still aren’t sure who they’ll face in the first round of the NHL Playoffs, but the team now knows its schedule.

Thursday, the NHL announced schedule scenarios and broadcast information for the postseason.

If Colorado wins Thursday night, the Wild will play Las Vegas. If Colorado loses, Minnesota will play Colorado in the opening round.

Regardless of the outcome of that game, the Wild are locked in as the No. 3 seed in the West Division and will open the first-round matchup on the road on Sunday at 2 p.m. (CT) on NBC.

The next game of the series will be Tuesday night, at 9 p.m. before the series shifts to Minnesota for games on Thursday and Saturday nights. If the series goes past four games, the next Monday, Wednesday and Friday would be the next games for the Wild, although timing and broadcast information will not be set for those dates until necessary.

Minnesota wraps up the regular-season Thursday night in St. Louis.