Attorney General Merrick Garland on Thursday appointed a special counsel to investigate the presence of documents with classified markings f ound at President Joe Biden’s home in Wilmington, Delaware, and at an office in Washington.

The announcement followed Biden’s acknowledgement Thursday morning that a document with classified markings from his time as vice president was found in his personal library, along with other documents found in his garage. Garland said Biden’s lawyers informed the Justice Department Thursday morning of the discovery of a classified document at Biden’s home, after FBI agents first retrieved other documents from the garage in December. It was disclosed on Monday that sensitive documents were found at the office of his former institute in Washington.

Robert Hur, the former Trump-appointed U.S. attorney in Maryland, will lead the investigation, taking over from the top Justice Department prosecutor in Chicago, John Lausch, who was earlier assigned by the department to investigate the matter and who recommended to Garland last week that a special counsel be appointed. Hur is to begin his work soon.

“The extraordinary circumstances here require the appointment of a special counsel for this matter,” Garland said, adding that Hur is authorized to investigate whether any person or entity violated the law.

“This appointment underscores for the public the department’s commitment to both independence and accountability in particularly sensitive matters, and to making decisions indisputably guided only by the facts and the law.,” Garland said. 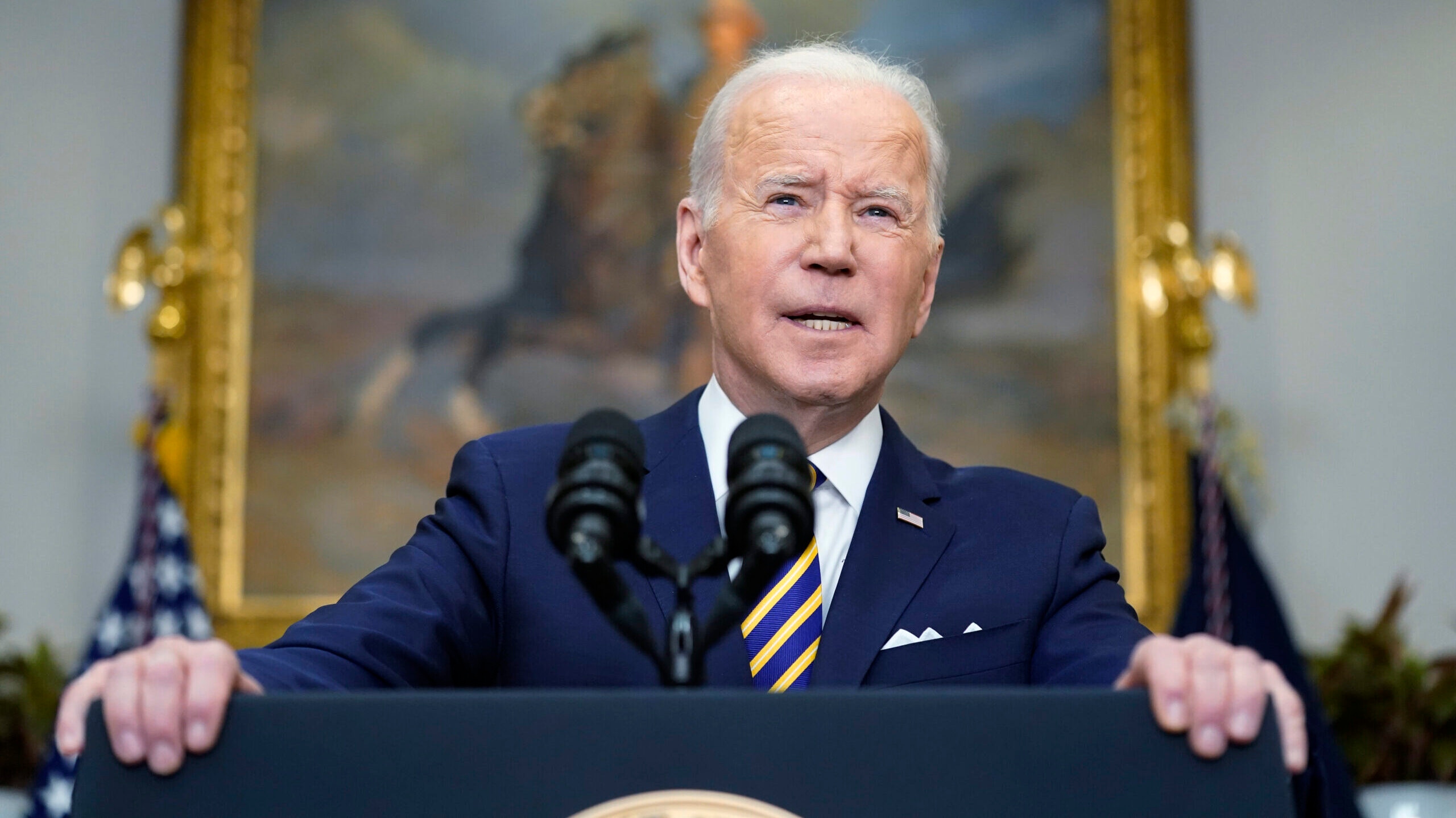 President Joe Biden announces a ban on Russian oil imports, toughening the toll on Russia's economy in retaliation for its invasion of Ukraine, Tuesday, March 8, 2022, in the Roosevelt Room at the White House in Washington. (AP Photo/Andrew Harnik)

Biden told reporters at the White House that he was “cooperating fully and completely” with a Justice Department investigation into how classified information and government records were stored. He did not say when the latest series of documents were found, only that his lawyers’ review of potential storage locations was completed Wednesday night.

Lawyers found the first set of documents in a locked closet in the offices of the Biden Penn Center in Washington on Nov. 2, just before the midterm elections, but publicly revealed that development only on Monday.

Richard Sauber, a special counsel to the president, said that after Biden’s personal lawyers found the initial documents, they examined other locations where records might have been shipped after Biden left the vice presidency in 2017.

Sauber said a “small number” with classified markings were found in a storage space in Biden’s garage in Wilmington, with one document being located in an adjacent room. Biden later revealed that the other location was his personal library.

Garland said Biden attorneys located documents in the Wilmington garage on Dec. 20 and that Federal Bureau of Investigation agents took custody of them shortly thereafter. The Justice Department was informed only on Thursday of the latest found by Biden’s lawyers.

The appointment of yet another special counsel to investigate the handling of classified documents is a remarkable turn of events, legally and politically, for a Justice Department that has spent months looking into the retention by Donald Trump of more than 300 documents with classification markings found at the former president’s Florida estate.

Though the situations are factually and legally different, the discovery of classified documents at two separate locations tied to Biden — as well as the appointment of a new special counsel — would almost certainly complicate any prosecution that the department might bring against Trump.

Hur was a close ally of former Deputy Attorney General Rod Rosenstein, a key figure in special counsel Robert Mueller’s investigation into Russian interference in the 2016 U.S. election and contacts between then-candidate Trump’s associates and Russian officials. He also worked as an adviser to FBI Director Christopher Wray in the Justice Department.

New House Speaker Kevin McCarthy, a California Republican, said of the latest news: “I think Congress has to investigate this.”

“Here’s an individual that sat on ‘60 Minutes’ that was so concerned about President Trump’s documents locked in behind, and now we find that this is a vice president keeping it for years out in the open in different locations.”

Contradicting several fellow Republicans, he said, “We don’t think there needs to be a special prosecutor.”

The top Republican on the House Intelligence Committee has requested that intelligence agencies conduct a “damage assessment” of potentially classified documents. Ohio Rep. Mike Turner on Thursday also requested briefings from Attorney General Merrick Garland and the director of national intelligence, Avril Haines, on their reviews by Jan. 26.

The revelation that additional classified documents were uncovered by Biden’s team came hours after White House press secretary Karine Jean-Pierre dodged questions about Biden’s handling of classified information and the West Wing’s management of the discovery.

She had said Wednesday that the White House was committed to handling the matter in the “right way,” pointing to Biden’s personal attorneys’ immediate notification of the National Archives.

But she refused to say when Biden himself had been briefed, whether there were any more classified documents potentially located at other unauthorized locations, and why the White House waited more than two months to reveal the discovery of the initial batch of documents.

Biden has said he was “surprised to learn that there are any government records that were taken there to that office” but his lawyers “did what they should have done” when they immediately called the National Archives.