What will judge weigh in sentencing Kim Potter?

The former suburban Minneapolis police officer who said she confused her handgun for her Taser when she killed Daunte Wright will be sentenced in February after a jury convicted her Thursday on two counts of manslaughter.

The most serious charge against Kim Potter — first-degree manslaughter — carries a maximum penalty of 15 years in prison. Here’s how her sentencing could play out:

The second-degree manslaughter charge required prosecutors to prove Potter caused his death “by her culpable negligence,” meaning that Potter “caused an unreasonable risk and consciously took a chance of causing death or great bodily harm” to Wright. 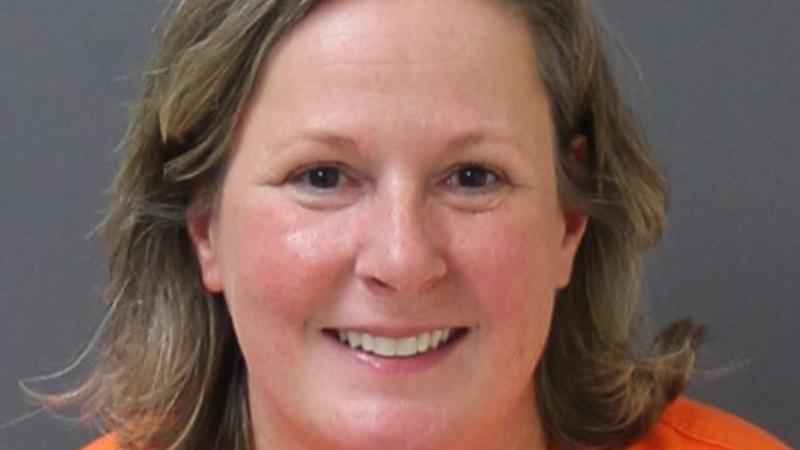 Kim Potter is shown in her booking photo Thursday, Dec. 23, 2021, at Minnesota Correctional Facility-Shakopee following her conviction on charges of first- and second-degree manslaughter in the shooting death of Daunte Wright.[Minnesota Department of Corrections]

WHAT SENTENCE IS POSSIBLE?

Under Minnesota statutes, Potter, who is white, will be sentenced only on the most serious charge of first-degree manslaughter. That’s because both of the charges against her stem from one act, with one victim.

The max for that charge is 15 years. But state sentencing guidelines call for much less. For someone with no criminal history, like Potter, the guidelines range from just more than six years to about 8 1/2 years, with the presumptive sentence being slightly over seven years.

Prosecutors say aggravating factors in Potter’s case include that she caused a greater-than-normal danger to the safety of other people when she fired into the car, including danger to her fellow officers, to Wright’s passenger and to the couple whose car was struck by Wright’s after the shooting. They also alleged she abused her authority as a police officer.

Defense attorney Paul Engh said the defense would be seeking a “dispositional departure” from sentencing guidelines.

Under state statutes, a mitigated dispositional departure occurs when guidelines recommend a prison sentence, but a judge allows the sentence to be “stayed" — meaning the defendant doesn’t go to prison. Instead, the defendant is put on probation, home monitoring, or possibly sent to the local jail, said Marsh Halberg, a Minneapolis attorney who is not connected to the case. A defendant would be sent to prison to if conditions set by the court are violated.

In arguing that Potter should remain free on bail until she is sentenced, Engh said: "She is amenable to probation. Her remorse and regret for the incident is overwhelming. She’s not a danger to the public whatsoever. She’s made all her court appearances.” Chu was unmoved, and Potter was taken into custody after the verdicts were read.

Halberg said the defense has a lot to work with, because Potter has no prior record and is remorseful. The defense can also make the argument that as a police officer, Potter’s confinement would likely be harsher than most because of the need to keep her safe. The former Minneapolis police officer convicted in George Floyd’s death, Derek Chauvin, has been in solitary confinement for that reason.

WHAT WILL CHU DO?

Minnesota’s sentencing guidelines were created to establish consistent sentences that don’t consider factors such as race or gender.

In determining a final sentence, Chu will consider the arguments made by both sides, as well as victim impact statements. She has also ordered a pre-sentence investigation of Potter. And Potter can make a statement at her sentencing hearing — a time when judges are typically looking to see if a person takes responsibility for the crime or shows remorse.

Halberg said it’s unlikely Chu would sentence Potter below the guideline range, saying: “We live in such a politicized climate now for decisions." He predicted Chu would go above what guidelines suggest, or sentence her to the top range.

“If you stay within the box as far as the sentences being reasonable, it’s a pretty hard thing to argue on appeal,” he said.

HOW LONG WOULD POTTER SERVE?

No matter what sentence Potter gets, in Minnesota it’s presumed that a defendant with good behavior will serve two-thirds of their penalty in prison and the rest on supervised release, commonly known as parole.

That means if Potter is sentenced to the presumptive seven years, she would likely serve about four years and nine months behind bars, and the rest on supervised release. Once on supervised release, she could be sent back to prison if she violates conditions of his parole. If she gets the maximum 15 years, she could be behind bars for 10 before being placed on parole.

Potter was sent to the state women’s prison in Shakopee after the jury returned its verdicts. Nicholas Kimball, a spokesman with the state Department of Corrections, said that in some cases, particularly those that are higher profile, people are transferred directly to the state prison as they await sentencing.

The same thing happened for Chauvin. He went directly to the state’s maximum security prison as he awaited sentencing for murder. He was ultimately sentenced to 22 1/2 years — above the guideline range — after a judge found aggravating factors in Floyd’s death.