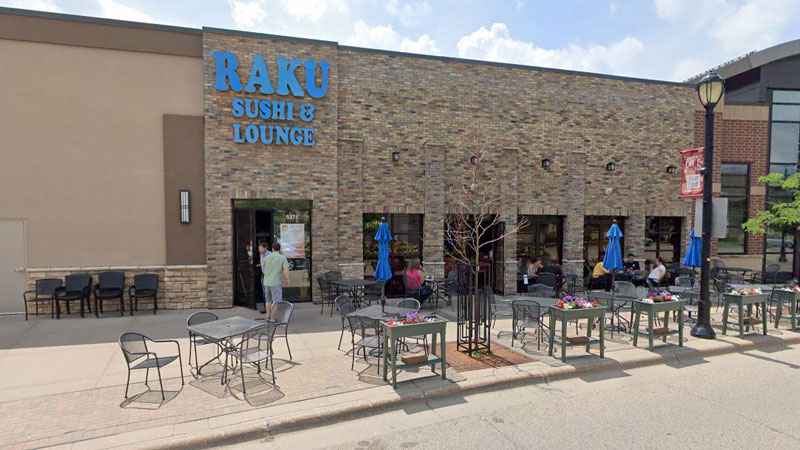 Two Plymouth women, who own two sushi and hibachi restaurants in the west metro, are facing 46 tax fraud charges as prosecutors call it an elaborate scheme that went on for "years."

The Hennepin County Attorney’s Office stated these business owners made an elaborate scheme to underreport their sales and base their sales tax returns on those fraudulent numbers. The Minnesota Department of Revenue conducted a two-year investigation that resulted in 43-year-old Su Qian, also known as "Audrey," and 45-year-old Xu Sheng Wang, also known as "Jacky," being charged with 16 counts and 14 counts of tax fraud, respectively. Qian also faces two additional counts of using an automated sales suppression device to commit tax fraud.

One of their operating restaurants, Raku Sushi & Lounge in St. Louis Park, was charged with 14 additional counts of failure to pay or collect sales taxes.

"We intend to prove that this was a highly sophisticated scheme that ran for many years which cost the state more than $200,000 in tax revenue," Hennepin County Attorney Mike Freeman said in a statement. "The revenue department’s investigators did an excellent job of conducting a long, difficult investigation and these crimes occurred prior to the pandemic during robust economic times."

According to the criminal complaint, investigators began looking into Qian, Wang and their St. Louis Park establishment, as well as another Raku restaurant they owned in Edina, in March 2018, after an audit by the Department of Revenue uncovered signs of potential "criminal sale suppression" activity. Investigators examined daily sales reports for the St. Louis Park location that have been provided to auditors for January 2016 through May 2017. Bank records for the two restaurants showed no cash deposits into the checking accounts, however, there were withdrawals including about $566,000 in 2016 and $500,000 in 2017. The complaint stated that most of the withdrawals were done by Qian and Wang.

In addition, investigators also obtained records from the merchant services used by the two restaurants. Those records were compared to the businesses’ actual reported sales to determine estimated cash sales and percentages. When compared to the Minnesota audit standards for cash sales, the Raku numbers appeared much lower.

On July 17, 2018, search warrants were executed at the homes of Wang and Qian and the two restaurants in question. In Qian’s purse, investigators found two USB drives that contained a program called "Happy World.exe," which can be used to delete and alter sales records. Police seized daily sales reports for both establishments as well as a notebook that had "Happy World" written on one page followed by instructions to delete selected orders and rearrange order numbers, according to the complaint.

Authorities compared the records found in Qian’s home and restaurants to records provided to the department during an audit. The comparison revealed discrepancies between the two sets of financial records. From March 2016 to May 2017, each month (with the exception of January 2017) the company records showed an under-reporting from between $658 to $25,500, the complaint states.

Police also found that the point of sales systems in each of the restaurants provided more data on the scheme. Orders can legitimately be voided. For instance, if an order is placed through a food delivery service, it is entered into the point of service system so the kitchen can begin preparing the meal. The orders can then be voided because they are paid at a later date by the food delivery company. Voiding a ticket cancels the ticket, but the order line item in the database remains.

However, through the use of a sales suppression device like "Happy World," the user can delete whole line items and orders or reduce all sales by a specified percentage, as well as reorder tickets and line items to hide the appearance of deletion.

The attorney’s office states that in a 15-month span, the records indicated that the restaurants underpaid sales taxes by nearly $240,000. Interviews with restaurant employees revealed that the point of sale machines was primarily handled by Qian and Wang, and that Qian was responsible for the monthly reports.