Wendy’s House of Soul, a beloved Northside restaurant, reopened its doors at a new location on Monday after being forced to close its old location in December.

In December, a landlord told restaurant owner Chef Wendy Puckett her lease wouldn’t be renewed after being in the Harrison neighborhood for years.

With the help of Sammy’s Avenue Eatery, Puckett was able to land a new location.

“You just keep going. You just keep pushing. One door closes and, like, three or four have opened for me,” Puckett said.

One of those doors opened in the North Market in Minneapolis. 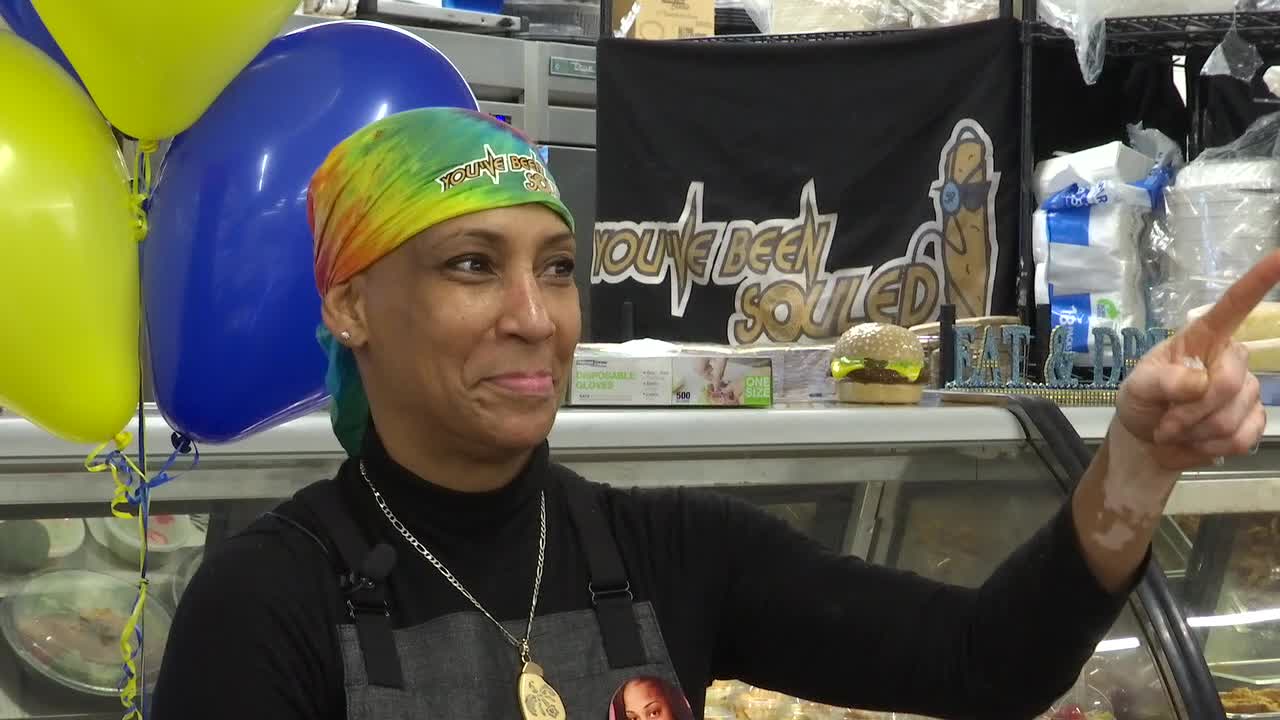 Right past the produce section, you’ll find Chef Wendy doing what she loves in her favorite place — the kitchen.

“My grandmother always believed that your spirit should be right in the kitchen. So once I’m on that side, I can’t allow any of the outside to get to me because I want my love to be put into the food,” Puckett said.

But in December, her passion was put on pause. She was forced to find her footing in a new kitchen after abruptly losing her lease.

“When you’ve been in a place for a while and you’re packing up and leaving, you go through all the processing of all the good things that have happened there,” Puckett said. “I would have drowned in sorrow or depression if I allowed it to get to me.”

She said resiliency and her faith are keeping the doors open.

Back in 2020, Puckett was hoping to buy a building on Broadway Avenue when the deal fell through.

In 2019, she was leaving her restaurant in the Harrison neighborhood when she was shot in the face with a pellet gun. The injury forced her to close for weeks.

But Puckett said she found her peace in the kitchen and picked up some new customers along the way.

“I work right up the road, and there’s no new food in the neighborhood, and my buddy came back with some [food] at work, and I said, ‘Well I’ve got to go,” customer Cody Belanger said.

After closing for a few weeks, the regulars were counting down the days until she was back in business.

“My wife texted my phone and said go to the store and get her something to eat from Wendy’s,” customer Jimmy Dockery said.

“Supporting the community, giving back and having a healthy, easy meal as a mom is amazing,” customer Kathleen Hustad said.

The kitchen is just one ingredient, but the heart and soul Chef Wendy puts into every meal keeps the customers coming back.

“It’s so important to me we are still on the Northside,” Puckett said. “It’s my absolute dream. It’s what I’m going to do for the rest of my life in some capacity.”

Wendy’s House of Soul is open in the North Market located at 4414 North Humboldt Avenue in Minneapolis.

The business is open Monday through Friday starting at 11 a.m.