In 2000, Powell agreed to lend his name to the Colin Powell Youth Leadership Center in Minneapolis, saying, “I’ve received lots of awards and medals in the course of my career. But what could be a better award — a better recognition — than to have your name on a place where young people will be educated and get ready to be leaders in the future?” according to a statement from the school.

Powell, who served as U.S. Secretary of State and head of the Joint Chiefs of Staff, died Monday morning, according to an announcement made by his family. He was 84.

Over the years, Powell would come back to the campus at 29th Street East and Fourth Avenue South in Minneapolis. 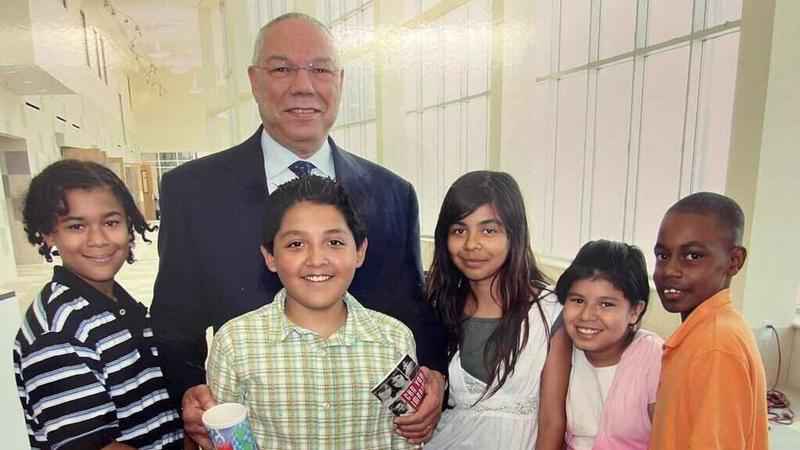 "He was really tied into helping unlock the talent our students have, so they can share their talents with the world," Myers said.

"To have put his name on this building — wow, what an honor, what an honor for us," said Dave Hawn, Urban Ventures’ CEO who partnered with Cristo Rey to start the center.

Hawn said his thoughts today are with Powell’s family after their loss.

"He had a heart for young men and women, boys and girls. He wanted to see the next generation of leaders. He especially cared about under-resourced kids," Hawn said.

Powell continued to mentor Cristo Rey students as they went off to college.

"Our vision for our community is that our graduates transform the world, he was definitely a part of making the world a better place," Myers said.

Powell had also been treated over the past few years for multiple myeloma, a blood cancer that impairs the body’s ability to fight infections — and to respond well to vaccines.