‘We are celebrating things together’: A Lunar New Year celebration in Minneapolis

Flashes of color, and the thunder of drums.

The sounds and sights of a Lunar New Year celebration in Minneapolis.

“By being together we are celebrating things together,” declares Michelle Malone, the emcee for a Lunar New Year event at Midtown Global Market. “And this is a great way to learn about culture and learn about respect, diversity, and empathy.”

One of the highlights of Saturday’s gathering was a performance of the traditional lion dance — believed to bring good luck and drive out evil spirits.

“Health, and wealth, and newness,” exclaims Charli Nguyen. “What we try to put out to the world. Starting over, in a sense, being able to start over. Something fresh, something new.” 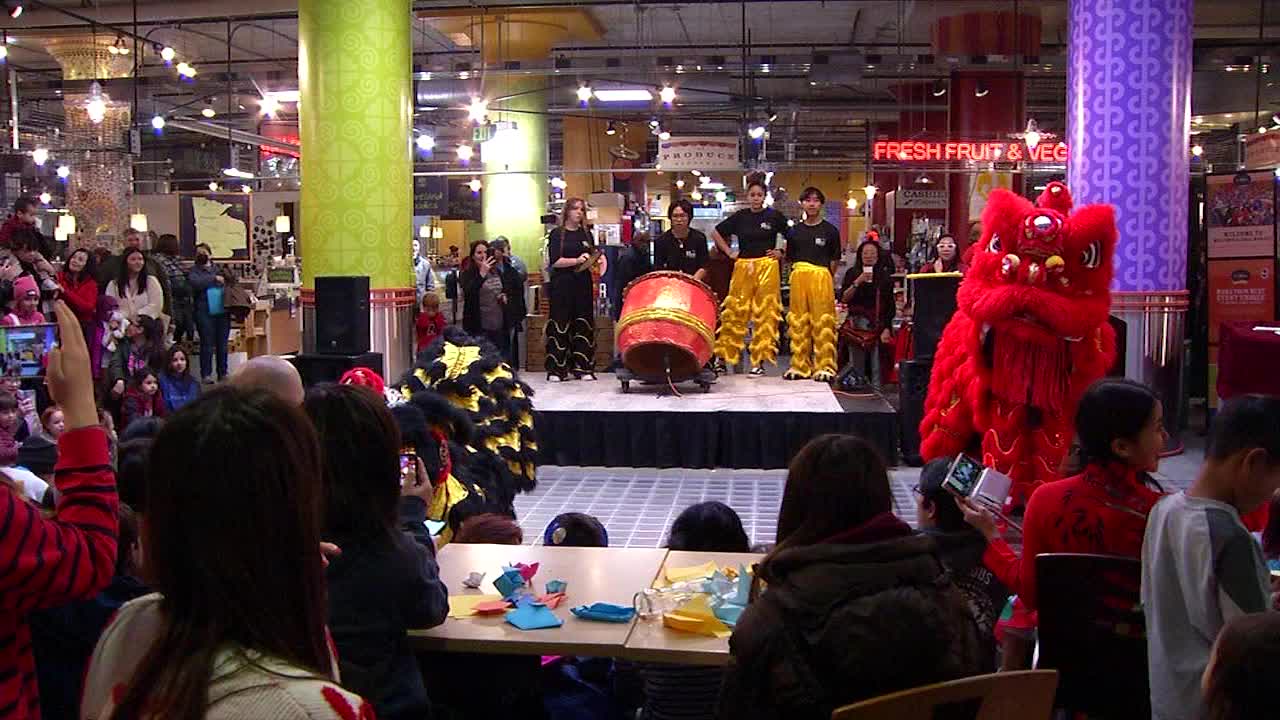 The celebration marks the beginning of the lunar calendar’s moon cycles.

“Today, we’re all here to celebrate the spring festival,” explains Aloe Liu, of Minneapolis. “In China, it’s the New Year’s Eve, the biggest day of the year.”

The Lunar New Year, which runs from Sunday through February 5, has been celebrated in China for thousands of years.

Midtown Global Market has hosted their family friendly event since 2007.

This time around, Lunar Year fans are celebrating the ‘Year of the Rabbit’ — a symbol of longevity, peace, and prosperity in Chinese culture.

“Every year it’s on a different date, which makes it different,” Malone says. “And every year there’s a different animal or year of — now it’s the year of the rabbit.”

As part of the program, dancers performed both traditional and folk dances.

The CAAM Chinese Dance Theater was also on hand.

The group is dedicated to preserving and celebrating Chinese culture and heritage.

“I think it’s awesome in general. My wife is actually third generation Chinese,” says Alfred Solis, of Minneapolis. “So it’s different cultures coming together at the global market to celebrate the Chinese New Year in general, which actually is tomorrow. But it’s actually pretty amazing it’s several events happening on the weekend, and this is one of them.”

The Lunar New Year is celebrated around the world — from Australia, to Vietnam, Malaysia and China.

She says she’s glad to be here.

“I think Minneapolis is the most diverse city I’ve ever actually lived in and been to, to be honest, having travelled around the country and around the world,” she says. “It’s still one of those small big town places that has a ton of diversity in it.”