UPDATE 11 a.m. – Fire officials tell 5 EYEWITNESS NEWS everyone who was inside of a Grant home – that authorities now say was completely destroyed by fire overnight – was able to safely escape.

The home, located on the 11000 block of Great Oak Trail, was hit by lightning, according to the Washington County Sheriff’s Office.

Mahtomedi Fire Chief Terry Fischer tells KSTP-TV’s Kelsey Christensen when the owners initially heard a crack, they thought it was a gas leak, but fire crews found the home already up in flames after they were called to the home around 1:10 a.m.

The two adult residents are okay, as well as their pets, officials say. No one has been reported injured. Residents are staying with family members while they work with the insurance company.

More than a dozen departments were paged to the home, which county records show is worth $1.4 million in property tax value. 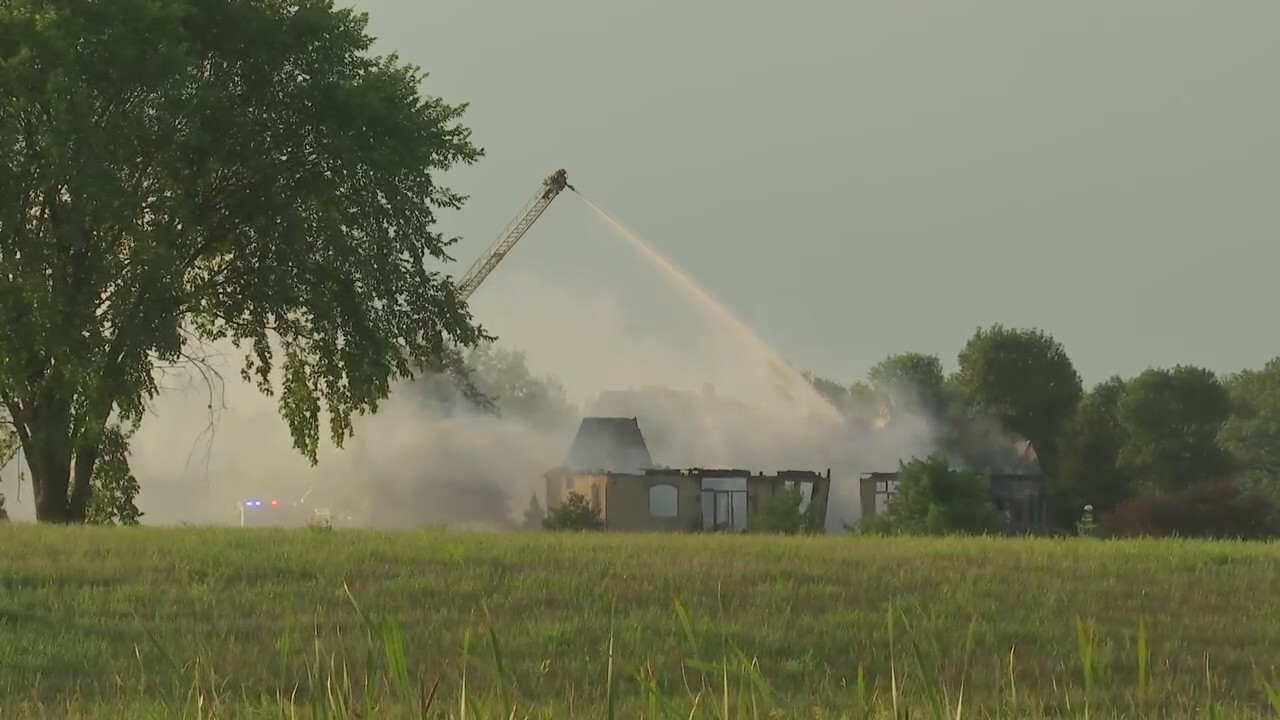 Crews continue to extinguish flames at a home struck by lightning in Grant, Minnesota. Credit: KSTP

Due to a lack of hydrants in the area, the Sheriff’s Office says water had to be brought in by a tanker shuttle.

“It’s out where there’s no hydrants, so we had to run a water shuttle. So, we had about 10 – no, about 15 tenders, running water shuttle to keep it flowing for a while. This is the worst I’ve seen, the biggest house we’ve seen,” said Chief Fischer.

Flames were put out sometime around 6-7, but crews were still at the scene due to smoldering as of 11 a.m.

Chief Fischer says he has only seen a house struck by lightning three times in his decades-long career.

UPDATE 7 a.m. – A house continues to burn Wednesday morning after a lightning strike caused it to start on fire overnight, according to the Washington County Sheriff’s Office.

Authorities say the house, located on the 11000 block of Great Oak Trail in Grant, was hit by lightning as severe weather moved through the region Tuesday night and into Wednesday morning.

Flames could be seen from several miles away as a 5 EYEWITNESS NEWS crew drove to the scene Wednesday morning.

While Google Maps shows other homes in the area, they appear to be a bit more spread out than in suburban settings.

As of 6 a.m., it appeared that only the frame was left, and part of the roof had collapsed.

About a dozen trucks could be seen at the home.

Flames could still be seen coming from the home, which is located in Grant on Great Oak Trail, around 5 a.m. Wednesday.

A 5 EYEWITNESS NEWS team reports the frame could be seen around 5:30 a.m.

This is a developing story, check back for updates.