Minnesota Gov. Tim Walz visited one of Minnesota’s major manufacturers of semiconductors, or computer chips, in Bloomington on Thursday. Skywater Technology recently expanded its facility and added 100 new jobs with the help of the Minnesota Department of Employment and Economic Development (DEED).

"This piece of legislation from the federal government we are fully supportive of," the governor said of a $52 billion plan to support and expand domestic computer chip manufacturing. "It will require the state of Minnesota to come in as partners in this and we are fully committed to making sure that happens. Not only is it those 100 jobs here, the expansion and all the peripheral jobs that go with it. It’s the security that comes with knowing we’re manufacturing our chips. We’re not at the mercy of what’s happening with the supply chain in Taiwan or anywhere else."

The CEO of Skywater Technology, Tom Sonderman, says the pandemic created havoc in the semiconductor industry.

"The initial impact of the pandemic caused a disruption in the supply chain and as people began to work from home the demand for computer chips just exploded," he said. "And so, as the industry has attempted to catch up, we’re seeing unprecedented demand for our chips."

Skywater recently spent $56 million expanding its Bloomington operation in an attempt to grow and catch up with demand for chips in everything from automobiles to airplanes to medical devices along with the dramatic growth in home computing. 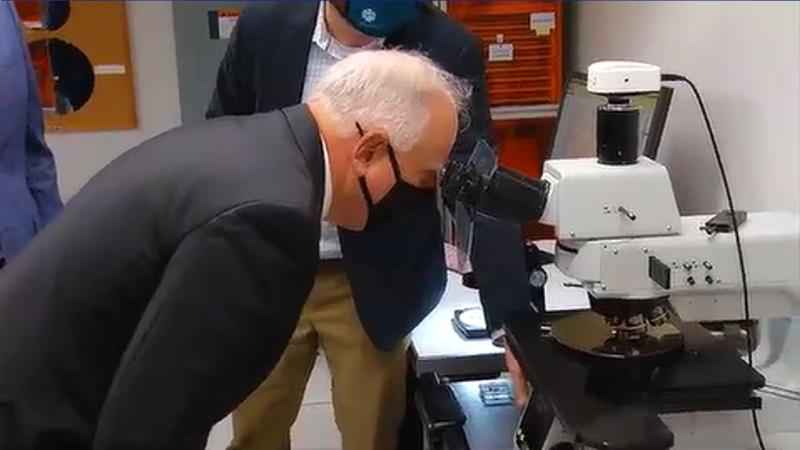