Gov. Tim Walz on Friday signed an executive order authorizing the Minnesota National Guard to provide public safety assistance during the upcoming trials of the former Minneapolis police officers charged in the death of George Floyd.

"There are some public safety events for which you cannot plan, and there are some for which you can. The upcoming trials of the former officers involved in the death of George Floyd have raised the potential of civil unrest in Minneapolis, Saint Paul, and nearby communities," Walz said. "At the request of the City of Minneapolis and the City of Saint Paul, I have authorized the Minnesota National Guard to assist local law enforcement agencies during the upcoming trials."

"As public interest increases and decreases throughout the legal process, members of the Guard will be ready to supplement local law enforcement efforts to keep the peace, ensure public safety, and allow for peaceful demonstrations," Walz added.

Walz said guard members will be visible and available as needed around the time of the trials. 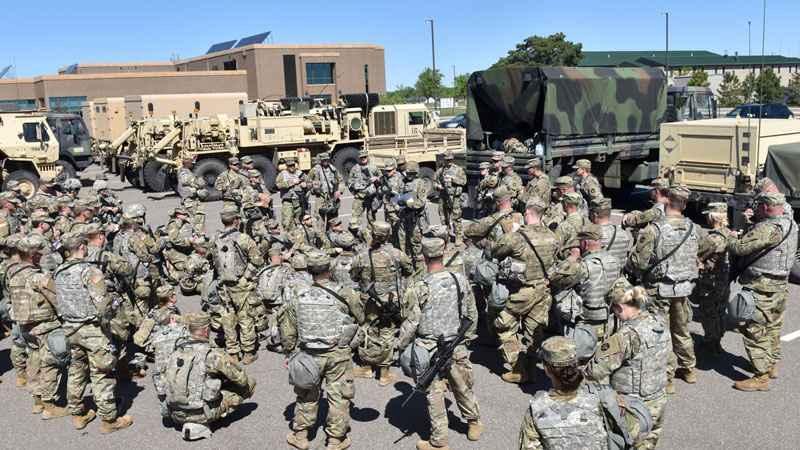 The order is part of a months-long planning process called "Operation Safety Net" which outlines in great detail how the guard will respond to anticipated civil unrest before, during and after the trial of Derek Chauvin, J Alexander Keung, Thomas Lane and Tou Thao.

The worst-case scenario calls for all available guard forces in the state to be activated for an indefinite period of time.

Walz also called on the state Legislature to pass his proposal to create a $35 million fund to help pay for public safety emergencies, including the Floyd trials.