Gov.Tim Walz announced Friday that on Aug. 1 he would end his executive order invoking a peacetime emergency to handle the coronavirus pandemic.

But Republican leaders at the Capitol have attached amendments to budget bills that would end the executive peacetime emergency order July 1, at the start of the next budget year.

“I think for what Minnesotans to know is we will close the toolbox and peacetime emergency around COVID,” Walz said. “And I think we do this right by managing whatever manifests next fall whether its Delta, or Delta-plus variant and that we should be able to handle that in a normal manner.”

Senate Republican Majority Leader Paul Gazelka, R-East Gull Lake, said he disagreed with waiting until Aug. 1 and that it was within the Legislature’s authority to vote to end the peacetime emergency July 1.

“Fifteen states have already done this and where is the emergency? There is no emergency and people just want to end it,” Gazelka said. "They want this to end, and obviously we’ve all been through a very, very difficult part of COVID.” 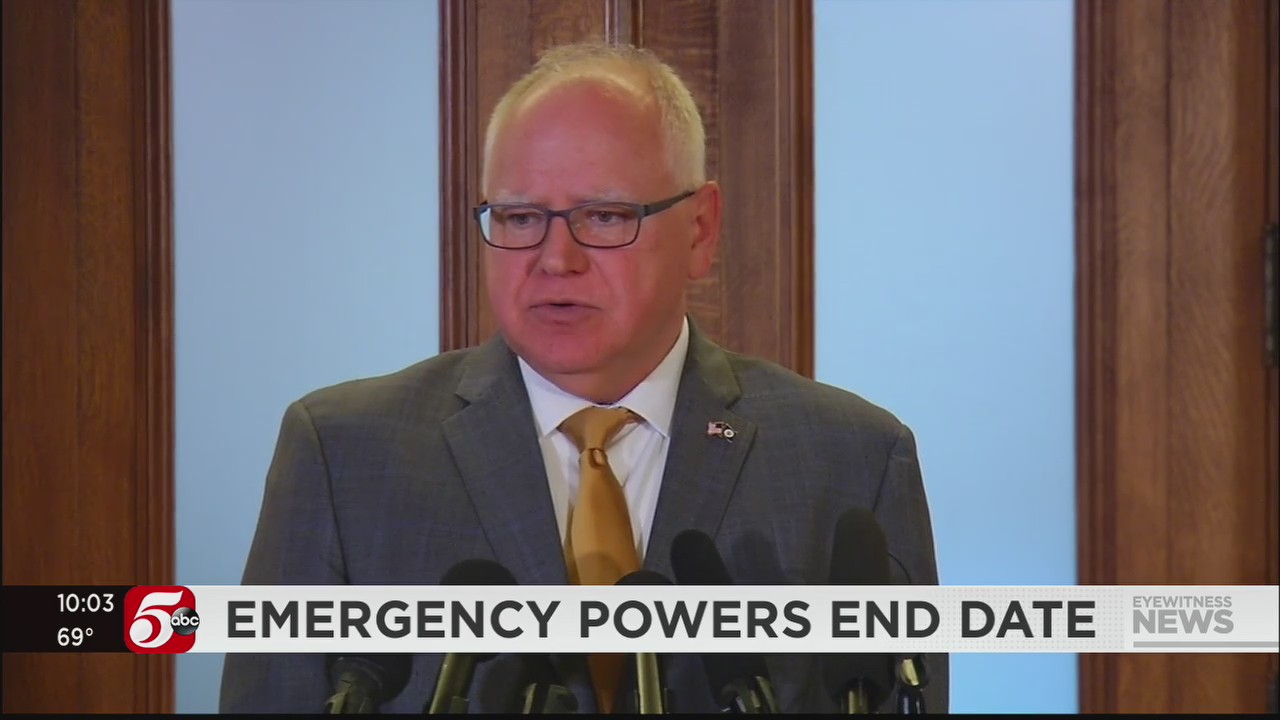 House Republicans attached an amendment to a spending bill calling for the emergency order to end July 1, but it was blocked by the DFL majority Saturday.

The Senate version was passed on to the House but has not yet been acted on as the Legislature faces a deadline to finish its business by midnight Wednesday.