Walz and incumbent Lt. Gov. Peggy Flanagan ran on a platform of “One Minnesota,” discussing the unprecedented challenges Minnesotans have experienced the past few years and pushing the issue of abortion rights that Democrats nationwide have relied on. 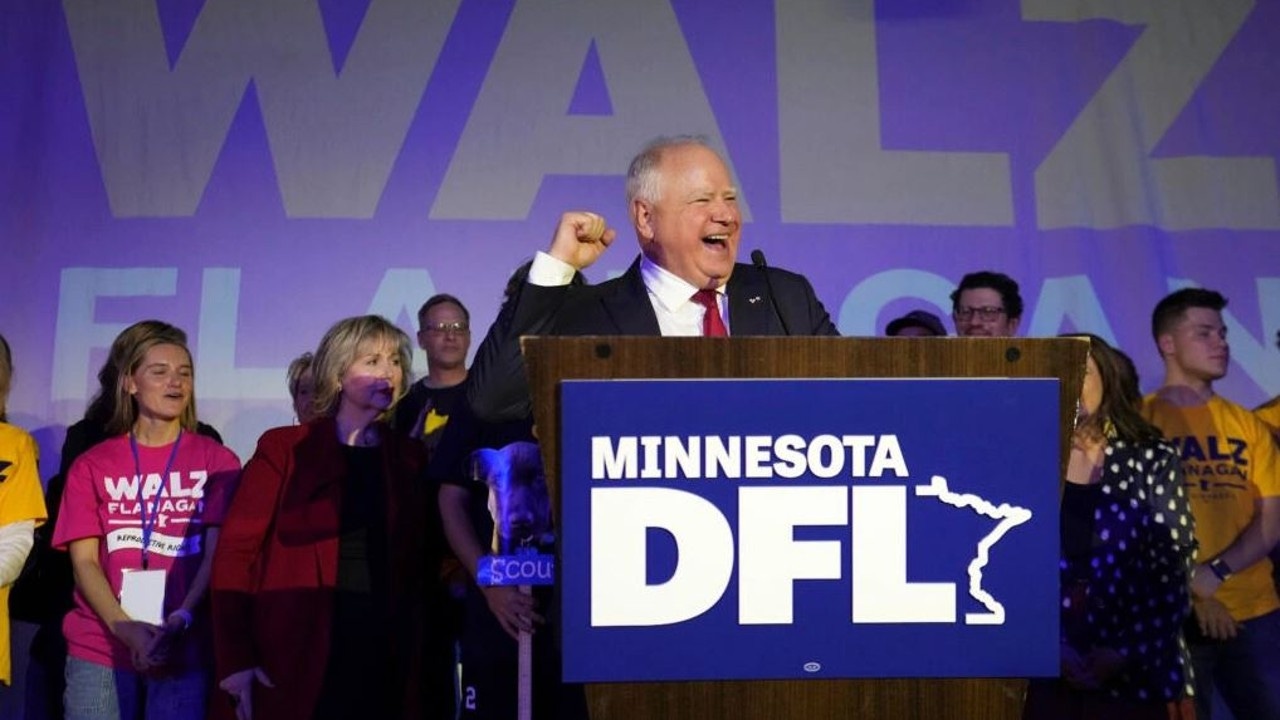 “I want to make sure that all of us, with heartfelt sincerity, thank Scott Jensen and Matt Birk for putting themselves out there to run, to put out their family into this arena and come to the democracy and now ask, let’s join together to solve Minnesota’s problems, so thank you for that,” Walz added.

Jensen and former Minnesota Vikings player Matt Birk ran on a platform of “Heal Minnesota,” claiming Walz and company failed throughout those crises and promising to make changes in the areas of public safety, health care and economics.

Birk and Jensen spoke late Tuesday night, saying they’d continue to watch the results trickle in. They later spoke after midnight and Jensen confirmed he’d called Walz and congratulated him on being reelected.

Before Walz, Democratic former Gov. Mark Dayton served two terms. Minnesota’s most recent Republican governor also served two terms from 2002-11. Those from other states often expect Minnesotans to “vote blue,” but like many states, there exists a stark divide between voting patterns in the Twin Cities metro and outstate rural areas.

Walz is expected to speak at 12 p.m. Wednesday in St. Paul. Check back for updates.