"The vaccines are proving 90% effective and they’re proving nearly 100 percent effective in preventing deaths and serious illness," Walz said at a news conference before getting the shot at the Minnesota Vikings TCO Performance Center in Eagan. "Get your family. Go get a shot. Grab a friend to go get the shot. That’s what I did today, so I’d like to turn it over to my friend, the 39th governor of the state of Minnesota, Tim Pawlenty."

Surveys in Minnesota and nationally have indicated there’s more vaccine "hesitancy" among Republicans than Democrats. The Republican Pawlenty urged everyone to get vaccinated. 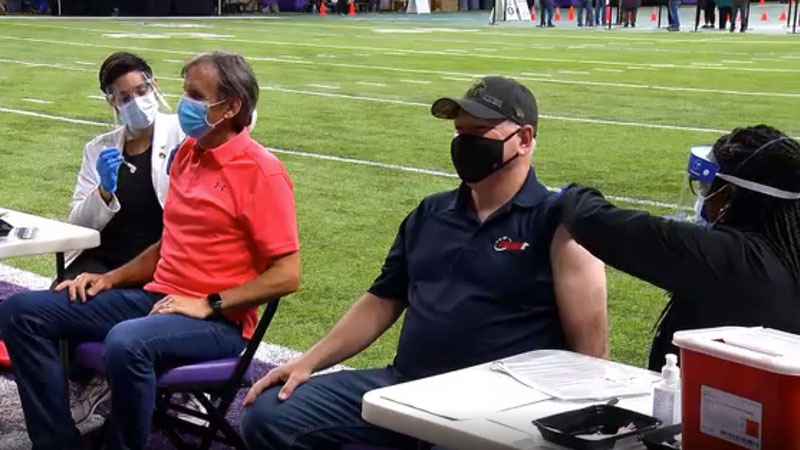 It’s not political, but should be noted the Republican governor got his shot in his right arm and the Democrat Walz got his in the left arm.

"Whatever vaccine is available when your time comes up, thats’ the best vaccine," Walz said. "All three of these are tested. They’re proven.They work in the real world amongst variants and everything else that goes on."

Walz and Pawlenty received the Johnson & Johnson vaccine, meaning they will only need one shot. Former Minnesota Viking EJ Henderson also received his vaccine along with the governors.