The Minnesota House has already passed several police reform and accountability bills but none have had any hearings in the Senate.

"The accountability we saw last week for George Floyd is the floor – not the ceiling – of what we need to do in Minnesota to advance police reform. True justice comes through real, systemic change to prevent this from happening again," Walz said. "I applaud the effort in the Minnesota House to advance meaningful legislation that would make Minnesota a leader in effective and fair law enforcement policies, practices, and behaviors. I urge the Republicans in the Minnesota Senate to listen to Minnesotans and take action."

With less than three weeks left in the current legislative session, lawmakers called for police reform and accountability legislation to be the priority, adding that they can find common ground and pass meaningful bills if they come together and have those tough conversations with an open mind. 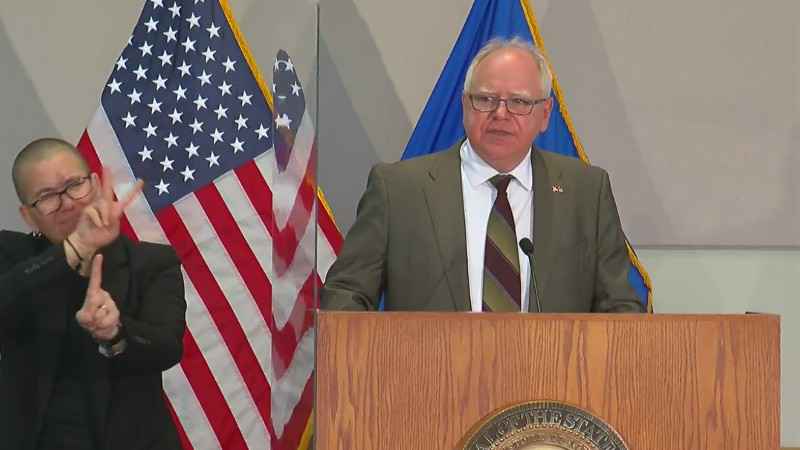 "Public safety is perhaps the most important role of government, and many people across the state have lost confidence in our system. I am confident under the leadership of Chairs Mariani and [Sen. Warren] Limmer [R-Maple Grove] we can restore faith in our system. My role will be to bring balance to the discussions," Miller said.

"The work of addressing systemic inequities within our communities and improving our systems of law enforcement requires all of us to work together hand-in-hand. We cannot do it alone; it requires people of all races, genders, ethnicities, socioeconomic backgrounds, and political persuasions to work together to find lasting solutions," Champion added.

Democratic lawmakers noted that the Minnesota Police Accountability Act, signed into law last summer, was touted as a good first step at the time. They said now is the time for the next step. That law bans chokeholds, aims to strengthen transparency and expands mental health de-escalation.

The bills the House has passed this session would reform the use of no-knock warrants, prohibit traffic stops for certain minor violations, strengthen civilian oversight of police departments, create a more robust Minnesota Board of Peace Officer Standards and Training (POST) to regulate and train peace officers, and invest in both community response teams for mental health crisis calls and community healing for those impacted by deadly encounters with police.

When asked if they’ve heard support for the legislation from people in Greater Minnesota, Miller said he believes those Minnesotans truly value accountability and know there’s good and bad actors. However, he noted many rural Minnesotans have very different interactions and levels of trust in law enforcement than people in other areas of the state, further underscoring the importance for people to exchange perspectives and work toward crafting legislation that isn’t one-sided.

Frazier added that not a public safety bill doesn’t need to be partisan or anti-police, as people across the political spectrum care about public safety.

Rep. Brian Johnson, R-Cambridge, Republican Lead on the House Public Safety Committee, accused Walz and Democrats of pushing partisan bills and only listening to "their liberal activist base."

Gazelka also noted he doesn’t believe there is an issue with policing since a police reform bill was passed last summer. That package of police accountability measures included a ban on neck restraints, chokehold and warrior-style training.

"We need to let last year’s bill play out before we do anything more," he said.