“Four years later … you still ready?” the governor said to Flanagan just before they signed the official documents at the Secretary of State’s office. “I’m still ready, let’s go!” she replied.

As incumbents, they’ll be considered the early favorites, but in a volatile midterm election cycle with issues like abortion, gun control, inflation and gas prices joining COVID-19 and public safety as major issues, the race could be hard to predict. Throw in the budget stalemate between the governor and legislature and things get even more unpredictable.

“I’m really frustrated with folks who I think intentionally think blowing this up is good for Minnesota,” Walz told reporters after filing for reelection. “We had a universal agreement that is fantastic for Minnesota.”

Just a few hours after Walz filed for office, so did dozens of Republican candidates who could win a majority in the Minnesota House. They need to flip just four DFL seats to win the majority. 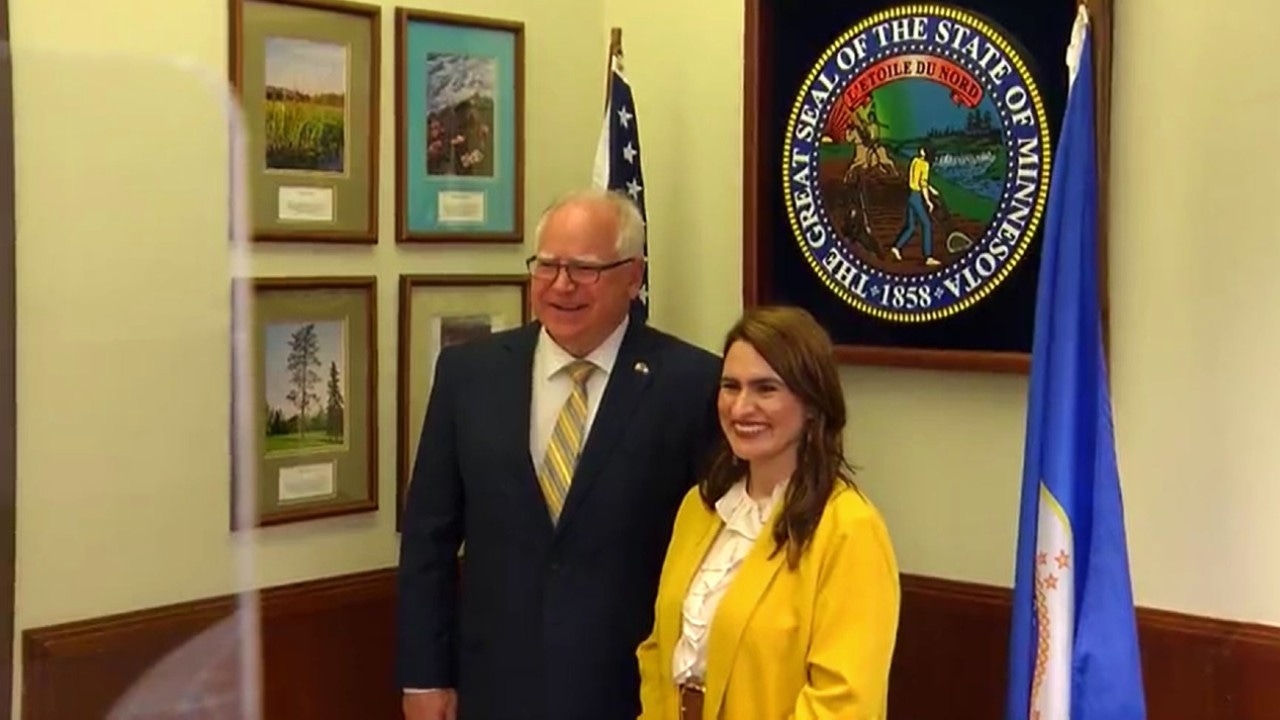 Gov. Tim Walz and Lt. Gov. Peggy Flanagan pose for a picture after filing for reelection on May 26, 2022. (KSTP-TV)

Although Democrats are hoping voters will align with them on abortion and gun control, Republicans say they’re hearing about other issues.

“We are hearing from constituents in our districts every day about high gas prices, about inflation, about making sure they have a voice in what’s going on in their schools and their kids’ education,” Daudt said.

With so much turnover, Walz says don’t count out Democrats holding on to the House majority.

“I think House Democrats are going to do well under the leadership of Speaker (Melissa) Hortman,” Walz said. “She is one of the most effective and truly bipartisan in trying to reach deals, dealmakers that we’ve seen up here so I’m still hopeful and there’s a lot of time to go between now and then.”

Candidates have until Tuesday, June 1 to file for office.