Minnesota Gov. Tim Walz says a major expansion of vaccine eligibility is expected in the state no later than April 1 and possibly sooner because the federal government will soon increase the current weekly doses of vaccine to about 145,000.

"And in a very short time that number is going to dramatically increase, and by the end of the month we’ll maybe triple what the state is getting," the governor said during an interview recorded for "At Issue" that will air in its entirety at 10 a.m. Sunday.

"So I think … within the next week to 10 days we should have the timeline very accurately laid out for the rest of Minnesota. It’s obviously accelerated much from when we first put it out so in the next few days to a week."

The governor also did his first television interview since releasing a new budget proposal on Thursday. Republicans criticized him for proposing tax increases even though the state projects a $1.6 billion surplus over the next two years. The governor defends the new taxes that are focused primarily on the state’s top one percent of earners and corporations.

"These are folks that during the pandemic about 90% of all of the wealth that was gained went to a very small percentage," the governor said. "I want to just be clear: 99.3% of Minnesotans are going to receive some sort of tax cut in this. I think this is about understanding long-term investments in the things that grow that wealth in the first place." 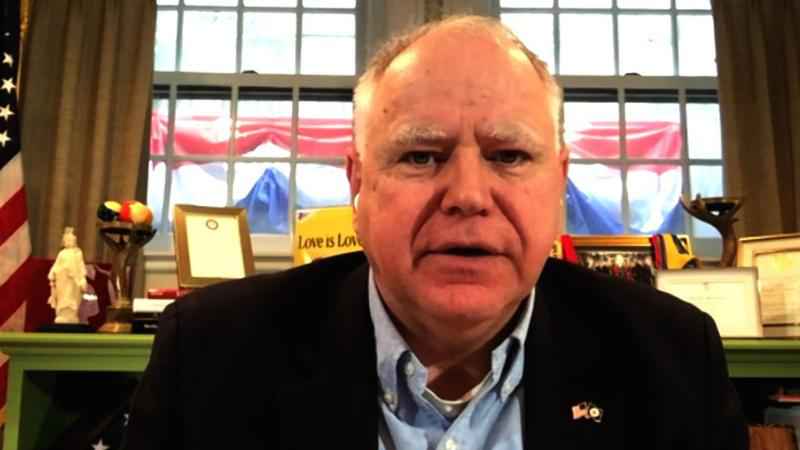 The governor also defended his decision to loosen restrictions on bars and restaurants even though infectious disease expert Dr. Michael Osterholm criticized the move this week, saying it could lead to a new spread of COVID-19.