Minnesota Gov. Tim Walz said during a television interview on Sunday that “over 80% of our students missed less than 10 days of in-class learning” during the pandemic.

The Republican Party of Minnesota tweeted a clip of the statement and accused the governor of downplaying the impact of the school closings on students.

Claire Lancaster, a spokesperson for the governor said, “The Governor’s comments were taken out of context. He was referring to the 2021-22 school year, when the state placed no restrictions on in-class learning and made every effort to prevent COVID from disrupting the school year.”

However, in watching the entire nearly eight-minute interview on WCCO-TV broadcast live at the Minnesota State Fair on Sunday morning, at no time was the 2021-22 school year specified. In fact, the interviewer clearly seemed to be talking specifically about the initial round of school closings beginning in March of 2020.

Walz is asked, “Would you have done the schools any differently? I think that’s where a lot of parents are upset about what happened with the schools. Do you think you could have made any other choice?” 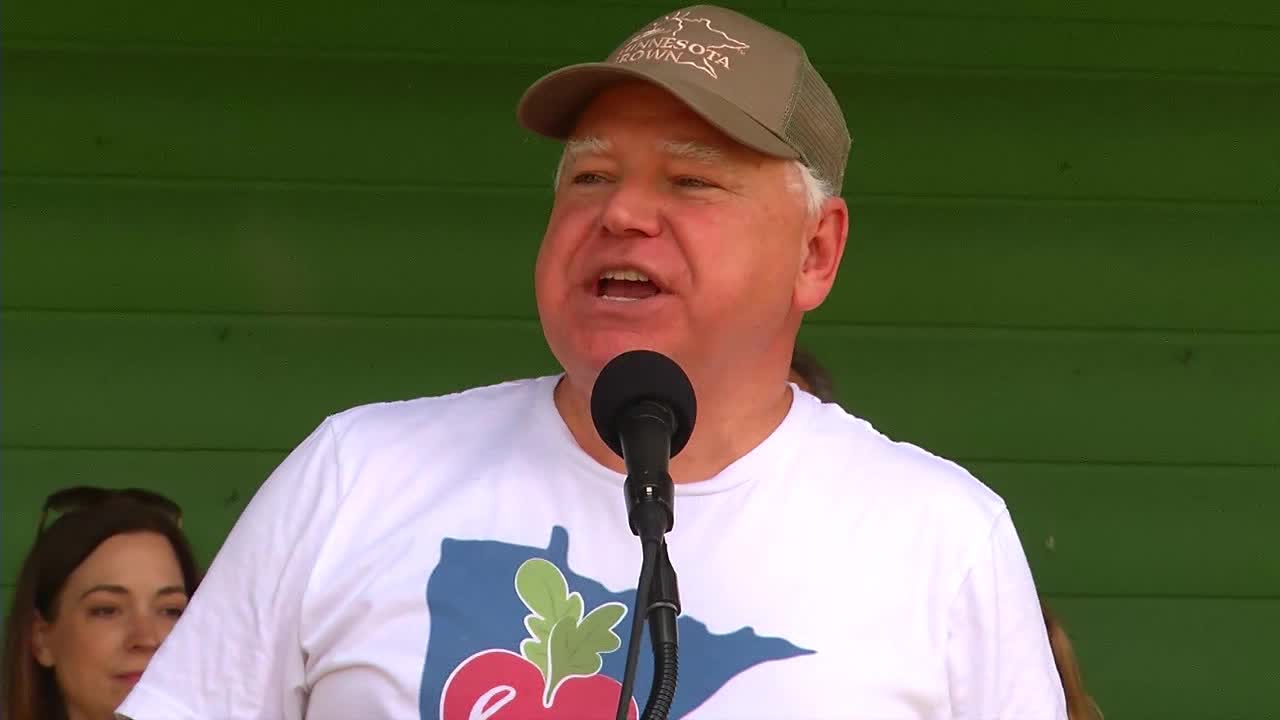 Gov. Tim Walz touts the "Children's Outdoor Bill of Rights" during an event on Friday, Aug. 26, 2022, at the Minnesota State Fairgrounds. (KSTP)

Walz responds, “Well, just to be clear, over 80% of our students missed less than 10 days of in-class learning. The vast majority of students were in. It depended again on population density.”

The governor went on to say many of the closings were the result of decisions by local school districts.

The original mandatory school closings were announced March 16, 2020, and included at least eight school day cancellations while school districts implemented distance learning plans. Eventually, in-person classroom instruction was shut down for the remainder of the spring 2020 semester. There were eventually more classroom closures in the fall of 2020 and winter and spring of 2021.

During the TV interview on Sunday, the governor acknowledged he might have done things differently if he knew then what he knows now.

“In hindsight, if we could have known that we could get vaccinations out as quickly as possible, we prioritized the teachers and staff in school to get there … we’re doing it differently now,” Walz said. “Since May of 2021, almost every one of our students have been in the entire time and been doing that. With hindsight being 20/20, perhaps we could have tailored a little bit closer to that.”

During the interview, there was no follow-up question to the governor’s statement about so few students missing classroom learning.

In a follow-up email, Lancaster said the governor did not mean to say more than 80% of students missed 10 days or less of classroom instruction since 2020.

“Yes, definitely safe to say he didn’t mean during the entire pandemic,” she said.