Wall Street entered a bear market Monday. How will it impact your wallet?

The S&P 500 – tied to most 401K accounts and considered Wall Street’s main measurement of health – has fallen more than 20% from its peak in January, triggering the bear market.

“It’s a really unusual time,” King Banaian, economist and dean of the School of Public Affairs at St. Cloud State University, said about the volatile nature of the economy.

“There’s a number of shocks happening — we have inflation, which is higher than we expect. We have reasons for that [including] the war between Russia and Ukraine disrupting the supply of food, the supply of energy,” Banaian said, adding, “you have COVID pandemic issues in China that are causing issues with supply chain on that side as well [and] you’ve got the Federal Reserve saying they need to control inflation.”

When asked how this will impact someone who is not heavily invested in the stock market, Banaian said they’ll mostly feel it in terms of higher prices, something expected only to increase. 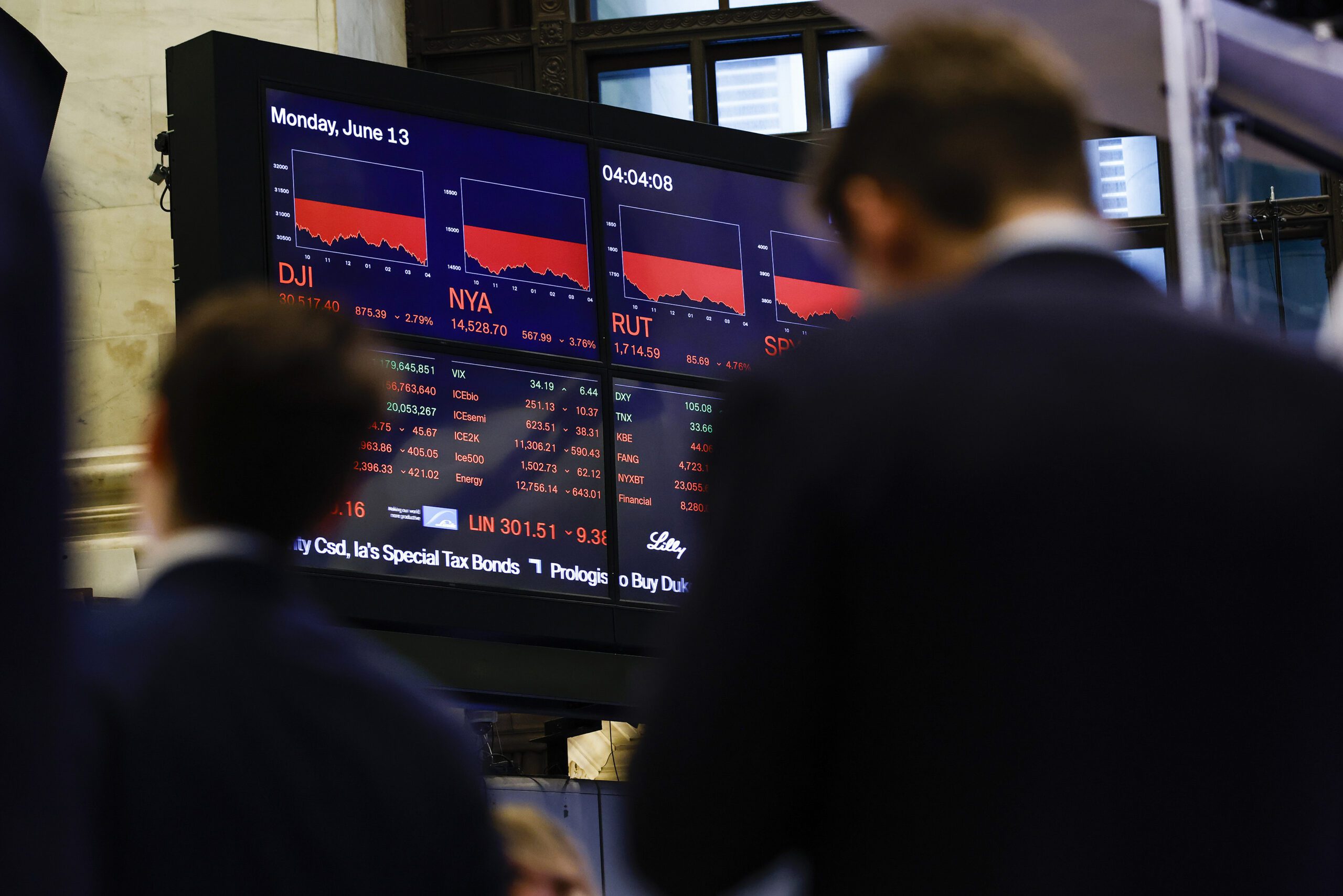 Attendees look at a screen displaying the market results as traders work on the floor at the New York Stock Exchange in New York, Monday, June 13, 2022. (AP Photo/Eduardo Munoz Alvarez)

ABC News reports that major corporation Kraft Heinz, the company behind brands like Miracle Whip and Maxwell House Coffee, may increase its prices towards the end of summer.

The bear market begins the same week the Federal Reserve is expected to meet. The Fed raised interest rates by half a point when it last met. ABC News also reports this meeting may increase rates by ¾ of a point.

The Federal Reserve does this to try and lower inflation, but acting too aggressively may trigger a recession, something Bananian doesn’t expect until 2023.

“It’s simply a matter of the timing of this. We will have a recession sometime, they haven’t gone away,” Bananian said.

As for how long bear markets last, on average, since World War II, it’s taken a bear market 27 months to break even.