They made the pick later in the first round Thursday after trading back in a swap with the New York Jets, exchanging their 14th overall pick and the 143rd (late fourth round) for the 23rd overall, 66th overall (second pick of round 3) and 86th overall (third round pick).

Darrisaw was projected to be a potential pick for the Vikings at No. 14 and remained on the board to their revised slot at No. 23.

Darrisaw is a late-blooming, athletic blocker at 6 feet, 5 inches and 322 pounds. He was a second-team All-American in 2020 who can fill a significant need at left tackle after Riley Reiff was released. 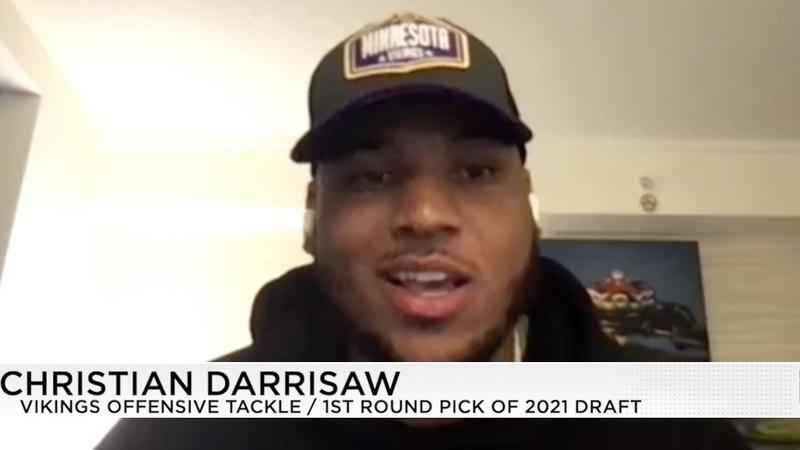 Content from the Associated Press was used in this report