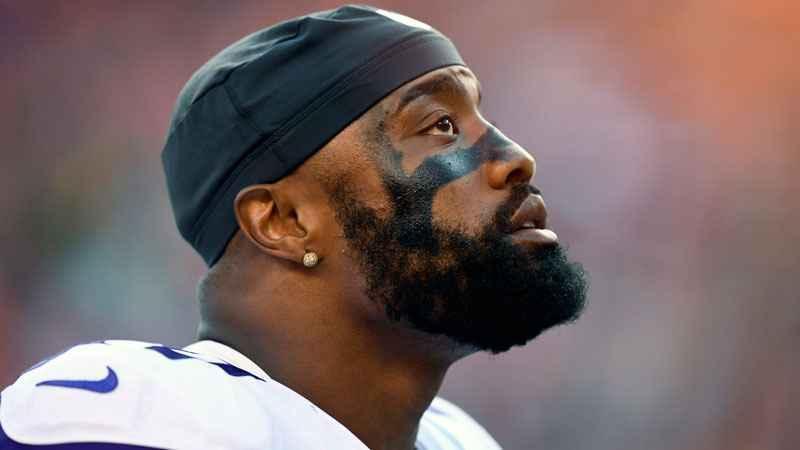 In this Saturday, Aug. 11, 2018, file photo, Minnesota Vikings defensive end Everson Griffen watches during the first half of an NFL football game against the Denver Broncos, in Denver.[AP Photo/Mark Reis, File]

Minnesota Vikings defensive end Everson Griffen will miss Sunday’s game in Arizona due to a concussion he sustained in a car crash on Thursday.

Head coach Mike Zimmer said Friday that Griffen was driving a car to the team’s headquarters in Eagan and swerved to miss a deer, resulting in a crash. He is listed as out on the team’s injury list in the game against the Cardinals.

KSTP’s Darren "Doogie" Wolfson reported the news Thursday night during "The Scoop." You can stay up to speed with "The Scoop," airing every Thursday night at 6:50 p.m. on 5 EYEWITNESS NEWS.

Minnetrista Public Safety said officers responded to a reported crash in the 3900 block of County Road 44 in Minnestrista at about 6:30 a.m. Officers found Griffen walking outside the vehicle.

He was treated at the scene by paramedics for minor injuries. He also told officers he’d swerved to miss a deer and crashed into a tree. His vehicle was towed from the scene.

Other Vikings who have been ruled out for Sunday’s matchup include linebacker Anthony Barr, safety Harrison Hand and rookie left tackle Christian Darrisaw. Middle linebacker Eric Kendricks is questionable to play.