The file contains video of the crime scene taken the day Gomm was killed and includes transcripts and audio of interviews conducted by investigators. In those interviews, some corrections officers and inmates told investigators there were unsafe conditions at the prison before Gomm’s death.

Inmate James Swanson told investigators Gomm was working in the metals shop by himself with dozens of inmates and, according to Swanson, was not in an ideal security situation. 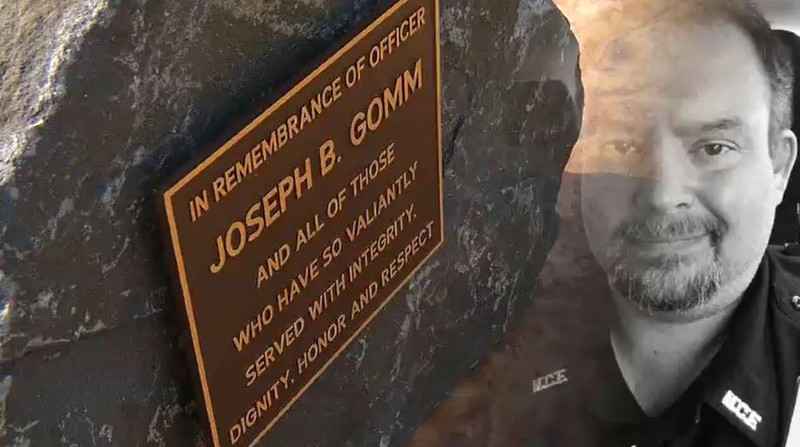 Corrections Officer Joshua Turner pointed out to investigators the metals shop and other portions of the “industry area” were not equipped with security cameras either.

“Obviously, we have no cameras on that side of industry, which is just silly,” Turner said. "The other side is the metals section, and they have zero cameras in there as well.”

Gomm’s family has negotiated a proposed $3 million dollar settlement with the state, but state lawmakers have yet to approve the appropriation with less than two weeks left in this year’s legislative session at the state Capitol.

Audrey Cone, Gomm’s sister, said she believes the investigative file indicates there were inadequate security measures in place at the prison and that her brother’s death could have been avoided.

“It could have easily been prevented and Joe didn’t have to die that day,” Cone said. “Joe was the first corrections officer murdered while on the job in the state of Minnesota, and nobody wants to take responsibility for it.”

The Minnesota Department of Corrections issued the following statement:

“Since the death of Officer Joe Gomm, substantial changes have occurred at Stillwater. Changes include a comprehensive look facility-wide at operations, eliminating double-bunking, improving staffing patterns and levels in industry areas, revision and updating of the tool control policy, improving work area layouts, along with updates and additions to camera systems. Staff no longer work alone with the incarcerated population. When an individual staff members passes through an area, staff have visuals of each other or are monitored on camera. Security personnel in the industry shops do rounds on a two person basis.

"The murder of Officer Joe Gomm remains the darkest day in the history of the Minnesota Department of Corrections. Joe Gomm is the first and only officer to be killed in the line of duty in the agency’s history. Edward Johnson, the man who killed Officer Gomm, plead guilty to First Degree Murder in October of 2020 and was sentenced to life without the possibility of parole."