The video above is provided from a MnDOT traffic camera.

A man is in custody after assaulting a trooper who responded to a crash Sunday night in Brooklyn Center, and a good Samaritan is receiving praise for helping.

The Minnesota State Patrol said troopers responded to a single-vehicle crash near Highway 252 and 70th Avenue North shortly after 8:30 p.m.

The State Patrol said the trooper and the man — identified as 38-year-old Matthew William Cleve, of Zimmerman — were both taken to North Memorial Hospital for treatment of non-life-threatening injuries. Cleve was then booked at Hennepin County Jail under suspicion of first-degree DWI, fourth-degree assault and other driver’s license-related violations. 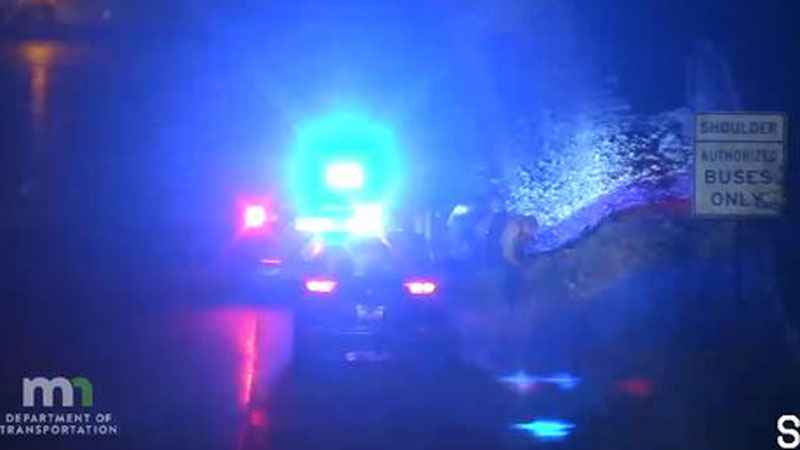 Cleve will make his first court appearance on Wednesday.

The good Samaritan, later identified as Vincent Williams from Fridley, was thanked by troopers for the assistance.

Williams was heading to the store Sunday when he saw the trooper was in need of assistance, "I had seen his fists go up, I was like ‘oh he’s tussling’, let me go and stop and see what’s going on, it looks like he (trooper) needs assistance, I was just thinking If I had driven off and something would have happened, I would have felt bad."

"I saw him (suspect) try to unholster his (Trooper) gun, I was like ‘oh yeah, we can’t have that’, knowing the conditions outside we’re on the side of the freeway too, I didn’t know if his hands were wet or anything, if he gets his gun it could be me and the trooper that are gone… you know," Williams continued.

Once additional officers arrived and fully subdued the suspect, they gathered around Williams to thank him.