Family members of Onna Derheim stopped at the Corcoran Police Department on Sunday morning to surprise the officer who was first on the scene of their 17-year-old daughter’s deadly crash this past August.

"This isn’t nearly enough how we can thank him, we can never thank him enough for that night, and how he treated us and our family," said Denise Derheim, the stepmother of victim.

A few family members gave Corcoran Police Officer Steve Warren boxes of snacks, drinks and gift cards as a way to thank him for his support, showing up at the wake and helping answer their phone calls since the single-vehicle crash.

"This is a big part of my closure," Denise Derheim said. "We could never repay the cops for what they did. This is just a token of our appreciation for what they’ve done and continue to do."

The 17-year-old was driving a pickup truck that went off the road Aug. 2 at Oakdale Drive near Jeffrey Lane when the vehicle rolled and hit a fence. Two other family members were in the vehicle at the time. 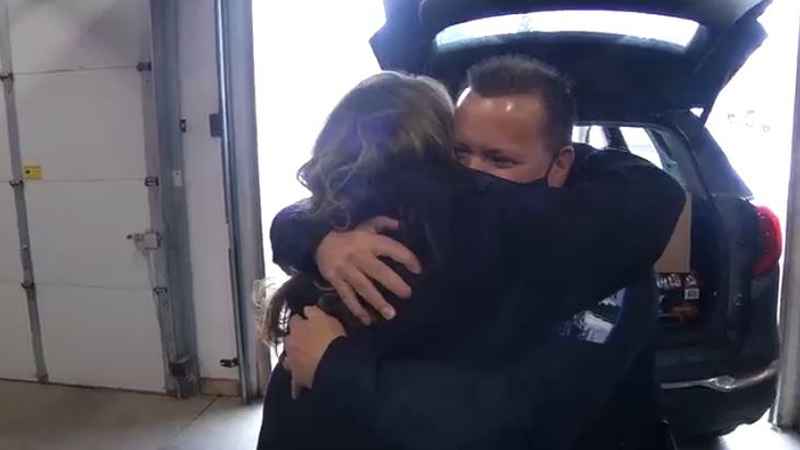 Corcoran Police Officer Steve Warren hugs family members of Onna Derheim, a 17-year-old who died in a crash in August. Warren was the first officer to respond to the crash scene and has lent his support to Derheim's family in the months since.[KSTP]

"To hear a family has accepted me into their family, it means a great deal," Warren said.

The memories of that crash night are ones 24-year-veteran Warren said he carries with him on each shift.

"We do grieve, we do hurt, we do emotionally have to deal with these also," Warren said. "It’s not fun at times, we’re not machines, and we do care."