UPDATE: Police say one man is recovering from injuries after losing control of his vehicle, which caused damage to multiple parked vehicles overnight.

According to Minneapolis police, officers were called to the 4700 block of 31st Avenue South at 1:51 a.m. Thursday for a reported rollover crash.

When they arrived, officers found a 22-year-old man, who was the driver of the vehicle that rolled over.

Police say their investigation shows the man was driving north on 31st Avenue South when he lost control while crossing E. Minnehaha Parkway.

According to police, his vehicle hit a road sign and a tree, as well as four unoccupied parked vehicles in addition to rolling over before coming to a stop. 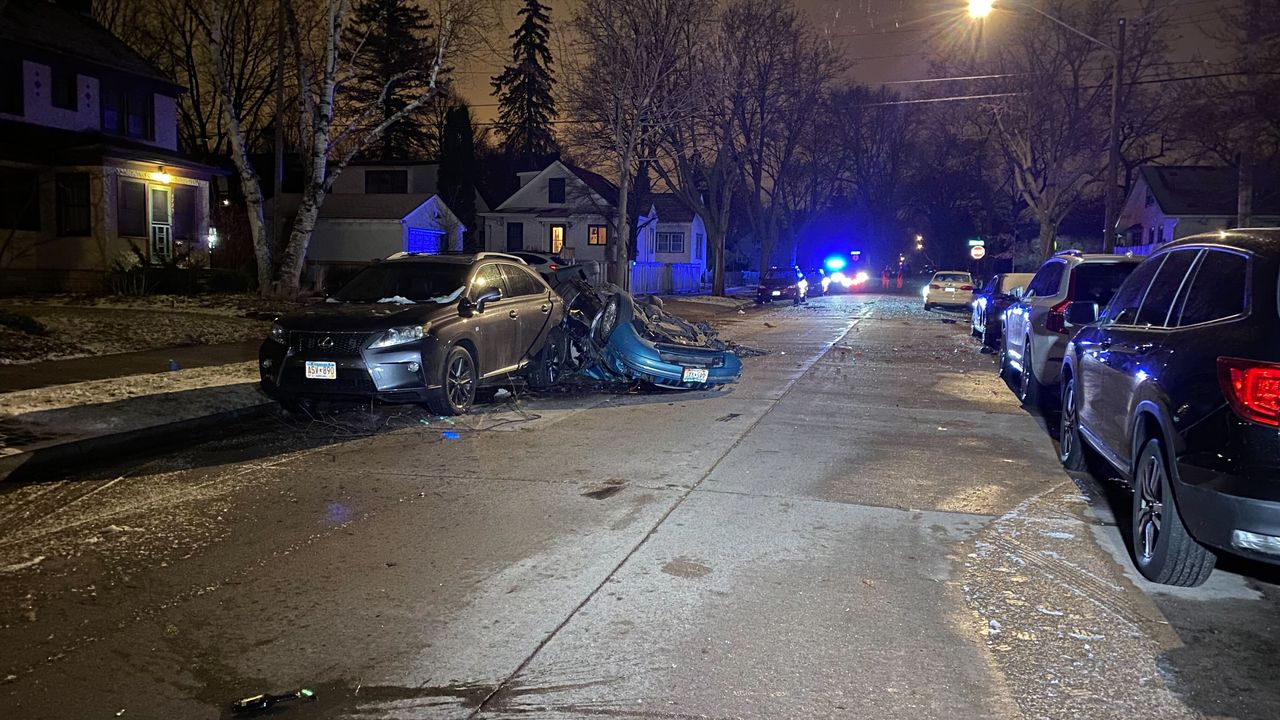 One car was seriously damaged, and multiple parked cars were also hit during an overnight crash in Minneapolis. Credit: KSTP/Jeff Ernewein

He was treated for non-life-threatening injuries at an area hospital.

Police did not immediately say what the man was cited for.

One car was partially flattened, with pieces spread across the road, as well as one chunk lodged in a tree. Other cars which were parked nearby were also damaged.

As of this publishing, police have not said what happened, or if anyone was hurt.