Emergency crews were at the scene of a car that hit an apartment building in northeast Minneapolis early Monday.

The crash happened at Broadway Street and Marshall Avenue before 5 a.m., according to the Minneapolis Fire Department.

The fire department reported the car hit not only the building but also a gas meter outside. Firefighters said the vehicle was on fire and gas from the brooken meter was also feeding the fire in the area.

A 5 EYEWITNESS NEWS crew at the scene reported seeing intense flames at one point. 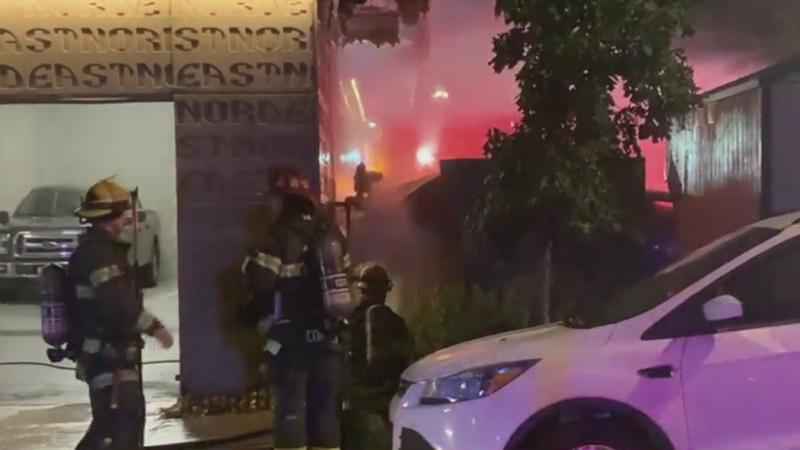 CenterPoint Energy was working to shut off the outside line that was damaged.

Once gas had been turned off, firefighters were able to extinguish the fire.

The fire department reported crews determined fire had not spread to the interior of the apartment building, just smoke.

All building residents were able to return to their apartments after each unit was examined and cleared of any gas and smoke.

There were no reports of injuries, according to the fire department.

An investigation into what led to the crash is underway.