Vadnais Heights teams up with nonprofits to tackle cat overpopulation

The City of Vadnais Heights is battling an overpopulation problem of stray cats so they teamed up with two nonprofits to tackle the problem.

City officials estimated up to 100 stray cats have shown up in at least two neighborhoods.

"When I come out in the yard with the dog, the cats will follow me out there,” Eilene Meath, Vadnais Heights neighbor, said. "I told them all to pack their bags and go and they wouldn’t listen, so.”

In Vadnais Heights, Meath said there’s a cat around every corner. She feeds some stray cats in the neighborhood. But some neighbors are no fan of felines.

“All the way through my yard, through the neighborhood, everywhere,” Richard Lee Nicks, referencing cat tracks in his community. "My eyes burn. They spray everything.” 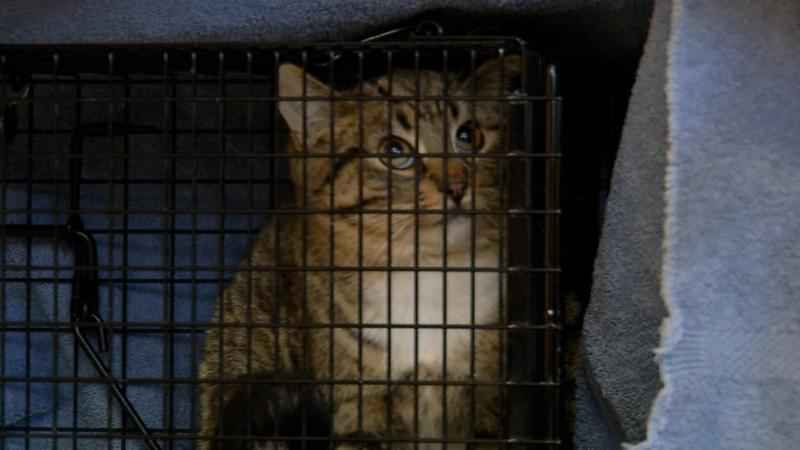 Some neighbors reached out to the city to say the cat colony is out of control.

“The neighbors expressed some concerns and we as a city wanted to address it as quickly and efficiently as we could,” Tim Sandvik, Vadnais Heights assistant city administrator, said.

The city teamed up with the Bitty Kitty Brigade to get a handle on the overpopulation of cats in the city.

“So the best thing we can do for them is TNR them which stands for trap, neuter and return,” Jacky Wilson, Bitty Kitty Brigade representative, said. “We always say if you feed them, you got to fix them.”

This week, over 25 stray cats were trapped with a snack.

Once the cats are trapped, they’re dropped off at a shelter where veterinarians spay or neuter them to stop the population from growing.

“We need people to embrace TNR. We can’t adopt our way out of the cat overpopulation problem,” Wilson said.

The Animal Humane Society plans to spay or neuter 40 cats this week without cost. Sterilizing the cats will also put a stop to mating behaviors like roaming, spraying and fighting.

Once the cats are fixed, they’ll go back to roaming the streets of Vadnais Heights.

“Eighty percent of kittens are born outside. Less than 25% actually survive. If that breaks your heart, come and TNR and learn how to TNR and make a difference,” Wilson said.