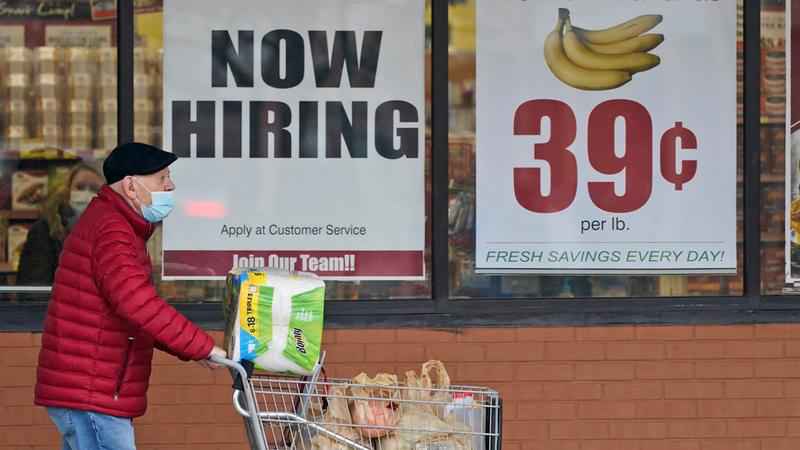 America’s employers added just 266,000 jobs last month, sharply lower than in March and a sign that some businesses are struggling to find enough workers as the economic recovery strengthens.

With viral cases declining and states and localities easing restrictions, businesses have added jobs for four straight months, the Labor Department said Friday. Still, the unemployment rate ticked up to 6.1% from 6% in March.

At the same time, optimism about the economic recovery is growing. Many Americans are flush with cash after having received $1,400 federal relief checks, along with savings they have built up after cutting back on travel, entertainment and dining out over the past year. Millions of consumers have begun spending their extra cash on restaurant meals, airline tickets, road trips and new cars and homes.

Most economists expect job growth to strengthen as more vaccinations are administered and trillions in government aid spreads through the economy. Even if another uptick in COVID-19 cases were to occur, analysts don’t expect most states and cities to reimpose tough business restrictions. Oxford Economics, a consulting firm, predicts that a total of 8 million jobs will be added this year, reducing the unemployment rate to a low 4.3% by year’s end.

Still, the economic rebound has been so fast that many businesses, particularly in the hard-hit hospitality sector — which includes restaurants, bars and hotels — have been caught flat-footed and unable to fill all their job openings. Some unemployed people have also been reluctant to look for work because they fear catching the virus.

Others have entered new occupations rather than return to their old jobs. And many women, especially working mothers, have had to leave the workforce to care for children.

Most of the hiring so far represents a bounce-back after tens of millions of positions were lost when the pandemic flattened the economy 14 months ago. The economy remains more than 8 million jobs short of its pre-pandemic level.

The Biden administration’s $1.9 trillion rescue package, approved in early March, has helped maintain Americans’ incomes and purchasing power, much more so than in previous recessions. The economy expanded at a vigorous 6.4% annual rate in the first three months of the year. That pace could accelerate to as high as 13% in the April-June quarter, according to the Federal Reserve Bank of Atlanta.

One government report last week showed that wages and benefits rose at a solid pace in the first quarter, suggesting that some companies are having to pay more to attract and keep employees. In fact, the number of open jobs is now significantly above pre-pandemic levels, though the size of the labor force — the number of Americans either working or looking for work — is still smaller by about 4 million people.

In addition, the recovery remains sharply uneven: Most college-educated and white collar employees have been able to work from home over the past year. Many have not only built up savings but have also expanded their wealth as a result of rising home values and a record-setting stock market.

By contrast, job cuts have fallen heavily on low-wage workers, racial minorities and people without college educations. In addition, many women, especially working mothers, have had to leave the workforce to care for children.

Biden’s relief package also added $300 to weekly unemployment benefits. Meyer calculated that for people who earned under $32,000 a year at their previous job, current unemployment aid pays more than their former job did — a reality that could keep up to 1 million people out of the workforce. In addition, higher stock prices and home values might have led up to 1.2 million older Americans to retire earlier than they otherwise would have.

Still, some economists say employers will have to offer higher pay to draw more people back into the job market.