UPDATE: Son charged in fatal shooting of his father in Payne-Phalen neighborhood 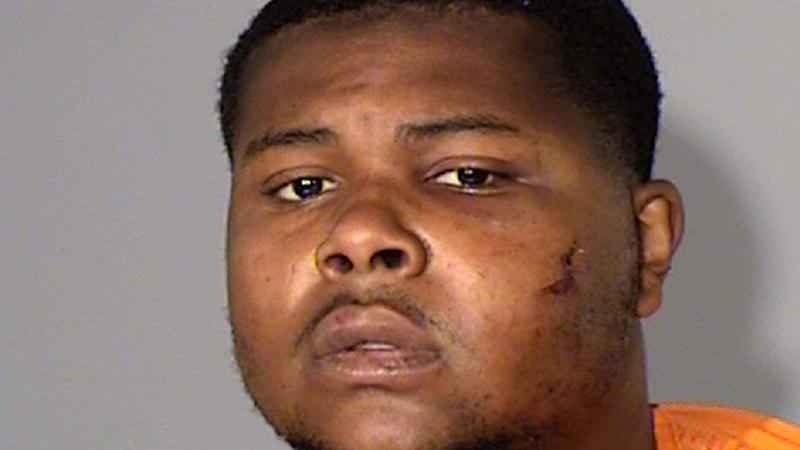 A man who died after a shooting in St. Paul Friday has been identified and his son has been charged with his murder.

According to the St. Paul Police Department, the man shot and killed on Westminster Street Friday night has been identified as 44-year-old Royal Terrell Arrington, Sr., of Fridley.

An arrest was also made. The victim’s 25-year-old son, Royal Terrell Arrington, Jr., was arrested on suspicion of murder in the case. He was also shot in the incident but survived. Later Monday, the 25-year-old was charged with two counts of second-degree murder.

The charging complaint details the following:

At about 6:55 p.m. on Friday, officers responded to an apartment building along Westminster Street in St. Paul on a report of a shooting. Police found Arrington, Sr., lying on his back in a hallway, with multiple gunshot wounds to his body. He was unresponsive and was not breathing at the time. Arrington, Sr., was declared deceased at 7:07 p.m.

Multiple casings were found around Arrington, Sr.’s body, according to the complaint.

Around the same time officers were sent to the residence, Arrington, Jr., was dropped off at Regions Hospital with a "through-and-through" gunshot wound to his bicep and a hole in one of his cheeks.

The complaint states that family disputes had been ongoing recently, according to the victim’s sister.

Arrington, Jr., spoke to investigators and initially didn’t say that he was involved in the shooting. However, he later changed his account of what happened and said that he was going to go buy dog food but needed to go back inside because he forgot something. There in the hallway of the resident building, Arrington, Sr., allegedly confronted his son and assaulted him. Arrington, Jr., said he needed to defend himself, so he shot his father in the stomach twice. He was not able to explain the six other gunshots to Arrington, Sr.

An autopsy conducted showed that Arrington, Sr., had died of multiple gunshot wounds.