UPDATE: 9 arrested in overnight vandalism, looting in Uptown; suspect said to have fired weapon at police

There were reports of vandalism and looting overnight Thursday into Friday in the Uptown neighborhood of Minneapolis, with nine people being arrested as of Friday afternoon.

Police worked to disperse groups of people while also responding to businesses’ reports of damage.

Overnight incidents happened after the U.S. Marshals Services reported an armed suspect was shot and killed around 2 p.m. Thursday in an Uptown Parking ramp.

U.S. Marshals Services stated a task force was attempting to make an arrest when the shooting happened. 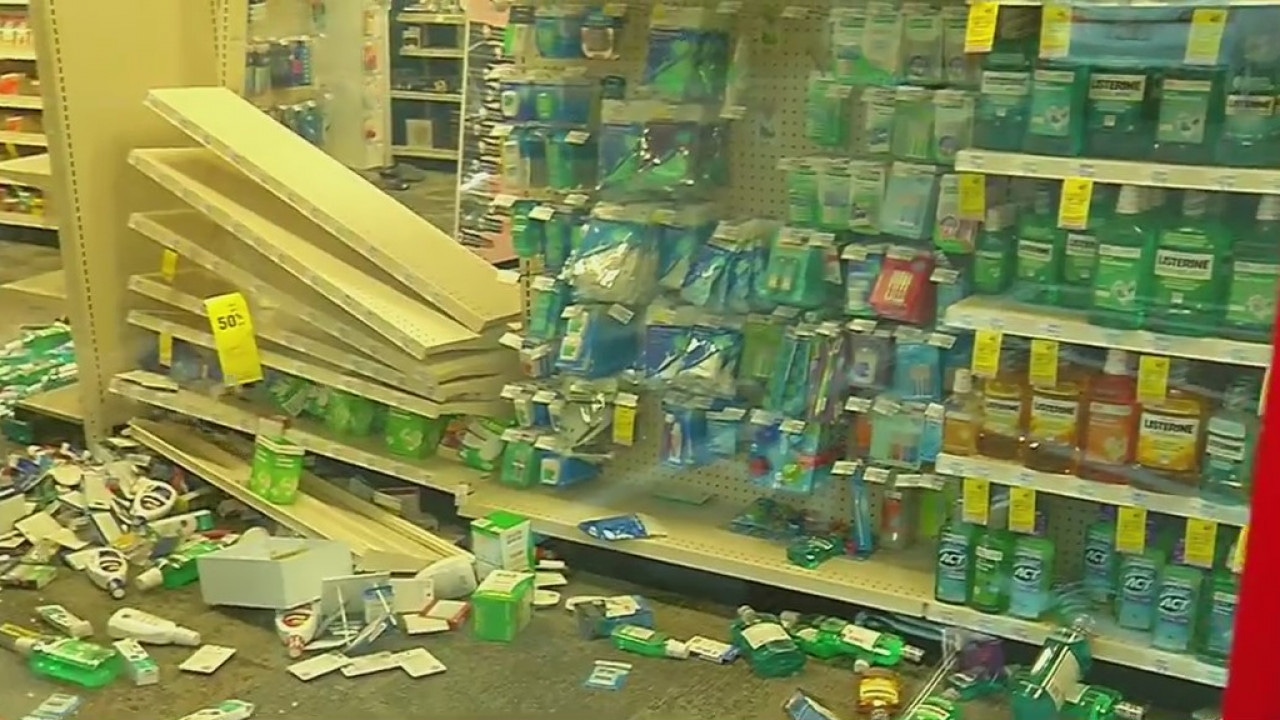 "Everyone rushed over to the edge to look," one man, who was working in a nearby restaurant at the time of the incident, said. "I was talking to a couple tables and they said when they came in, there was one to two police cars at the top of the ramp but going up the ramp was about five more, then when everyone got to the top there was about eight to 12 shots and they grabbed a girl out of the red car, put her in handcuffs."

The U.S. Marshals Services stated the task force was searching for a fugitive who was wanted on a state warrant for possession of a gun by a felon.

That led them to a parked car where the shooting happened.

Officials said that during the encounter, the suspect was uncooperative and pulled out a gun as they tried to bring him into custody. Evidence at the scene indicates that the man fired his weapon from inside the vehicle, according to the Minnesota Bureau of Criminal Apprehension. The officers then shot at the suspect. They attempted life-saving measures, but medics pronounced the suspect dead at the scene.

Officials said there was also a 27-year-old woman in the car with the fugitive. She was treated for minor injuries from glass debris.

The suspect who died has been identified by friends as Winston Smith, who is a local musician.

According to the BCA, the U.S. Marshal Service currently does not allow the use of body cameras for officers serving on its North Star Fugitive Task Force. Subsequently, there is no surveillance footage, including dashcam, of the incident.

After the shooting, a group of protesters gathered in Uptown.

That’s where a 5 EYEWITNESS NEWS crew at the scene witnessed the dumpster on fire.

Police used flash-bangs to break them up, but then smaller groups formed, causing damage to stores and property.

Police add that many individuals engaged in criminal behavior but have not yet been apprehended. Anyone with information is encouraged to call CrimeStoppers at 1-800-222-TIPS (8477). Tips can also be submitted online.

A police spokesperson did confirm there have been numerous buildings vandalized, some of them looted.

Together with Commissioner Marion Greene, I spent several hours yesterday evening at the intersection talking with residents and businesses and listening to those who were gathered. Two organizations, A Mother’s Love and Push for Peace, were on site to support the crowd and help with de-escalation. We are very grateful for their support and their work. My staff and I have been in contact with the 5th precinct inspector throughout the night. There was a small group peacefully gathered from the time of the shooting until about 11pm and then there were small groups of people out periodically from about 11 p.m. – 4 a.m. at least some of whom were involved in property damage. Thankfully there are no personal injuries that we know of. Several businesses experienced property damage and / or theft.

We have not heard any complaints about response from law enforcement last night after the shooting, who maintained a distance from peaceful protests and responded to specific incidents of property damage.

Public works crews were out at 6 a.m. when I was there to clean up any debris and move back trash cans. There was also one light pole damaged in front of Urban Outfitters.

At this time there is not much available information from the U.S. Marshals and Hennepin County Sherriff. As far as I know, the person who was killed has not been officially identified. I do not know if the person was a resident of Minneapolis or any information about the person or their family at this time.

We will continue to update constituents through ward newsletters as we have more information to share. If you have additional or differing information from what we have heard and observed, please let us know.