Two people were taken to a hospital Monday night after a vehicle crashed into a senior living community in Oak Park Heights.

Oak Park Heights Police said a teenage girl was driving eastbound on 58th Street at about 7 p.m. when she swerved to miss a goose on the road and hit the building.

Three people were in the building at the time, and two were taken to a hospital with serious but non-life-threatening injuries, police said. The driver wasn’t hurt. Police said the hospitalized victims were an 80-year-old woman and a 50-year-old woman.

"I looked over and I said, oh my gosh! They hit the building!" said Jim Rosenwinkel, an 89-year-old man who lives in the apartment right next door. 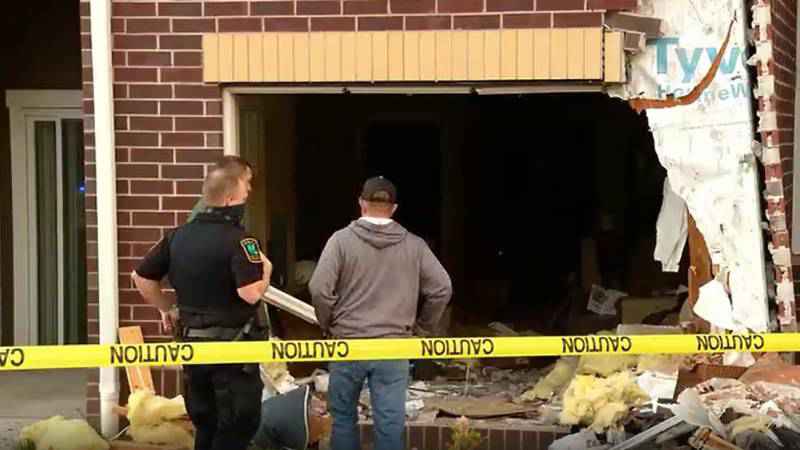 Rosenwinkel said he was the first person on the scene after the crash happened and rushed over to help the driver of the SUV.

Minnesota State Patrol will assist with a reconstruction of the crash to help determine the cause and whether the driver’s explanation of a goose in the road was correct.

Oak Park Heights Police said the driver was not ticketed or arrested on scene. Any potential updates are pending the outcome of their investigation.