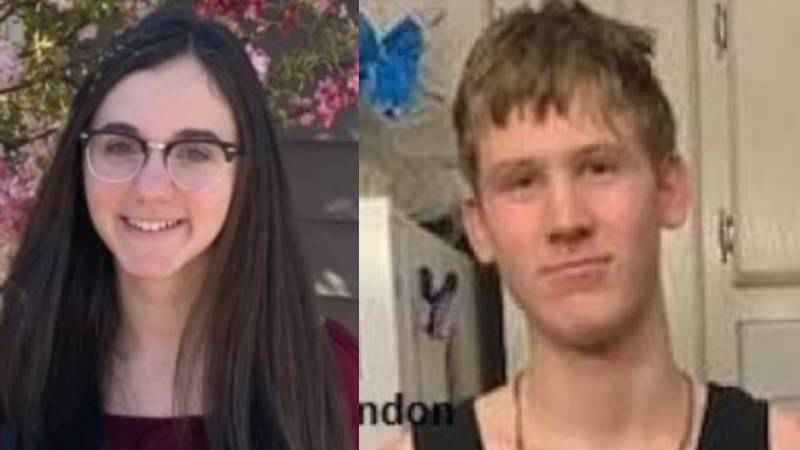 A 13-year-old girl missing from Menomonie, Wisconsin has been found safe.

The Menomonie Police Department provided the update on Samantha K. Stephenson Monday afternoon. There is no word on 19-year-old Brandon Allen Morgan or where the girl was found.

An AMBER Alert has been issued in Wisconsin and the victim is believed to be heading to Minnesota on Monday.

According to the alert, 13-year-old Samantha K. Stephenson was last seen with 19-year-old Brandon Allen Morgan in Menomonie, Wisconsin in the late morning hours of Sunday. She is noted to last be seen on foot and there is currently no known vehicle associated with them.

Police say they are unaware where they may be heading, however, it’s believed they could be heading to Minnesota.

Both people involved reportedly stated they would be going underground and have since cut off all communication and turned off their cellphones.

Samantha is described to be 5 feet, 3 inches tall, weighing about 105 pounds with brown hair and blue eyes. She was last seen wearing a white Rick and Morty hoodie, black sweatpants, glasses and no shoes.

Brandon is described as 6 feet, 4 inches tall, weighing 166 pounds with brown hair and brown eyes. He was last seen wearing a gray T-shirt with blue jeans.

Anyone who has information regarding their whereabouts is asked to call 1-800-263-5906.