A man was arrested in Minneapolis after tense moments on a flight from New York to San Francisco Sunday that forced a JetBlue plane to divert to the Twin Cities.

The ABC affiliate in San Francisco spoke with witnesses who said the man reportedly refused to wear a mask, yelled racial slurs to passengers of color, made inappropriate comments to female passengers, and was accused of touching at least one woman.

Witnesses said the passenger also had a bag full of a white substance and was seen snorting something.

Passengers said they were happy with the decision to divert to Minneapolis-St. Paul International Airport.

"I think everyone was very uncomfortable and he posed a flight risk and again, kudos to the captain for keeping everyone safe and taking appropriate action," one witness, who did not want to share his name, said. 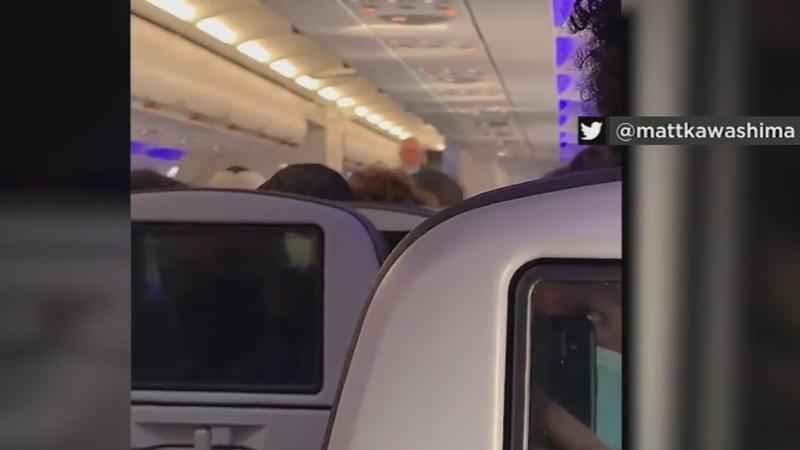 "He just wanted us to sing at some point and he smelled very strongly, it was a very pungent smell, and he kept walking to the bathroom, he wasn’t wearing a mask," Salma Srour, who saw the incident, said.

Witnesses said that the man was met by officers and the FBI when the plane landed at MSP Airport.

5 EYEWITNESS NEWS also reached out to JetBlue officials. An airline spokesperson reported the passenger who was "acting erratically and aggressively toward crewmembers and other customers" was removed and the flight was able to continue to its San Francisco destination.