The University of St. Thomas just opened a new nursing school with the goal of bringing more diversity into health care.

The Susan S. Morrison School of Nursing welcomed nearly 50 students to campus this month to start the fall semester.

About a third are students of color, and 19% are men.

“We want to attract people who are underrepresented and historically excluded from the profession, so students of color, students from rural Minnesota, students who are first-generation,” said MayKao Hang, founding dean of the Morrison Family College of Health at the University of St. Thomas. “I’m the founding dean now, but I was just a refugee kid. We want students from all walks of life.” 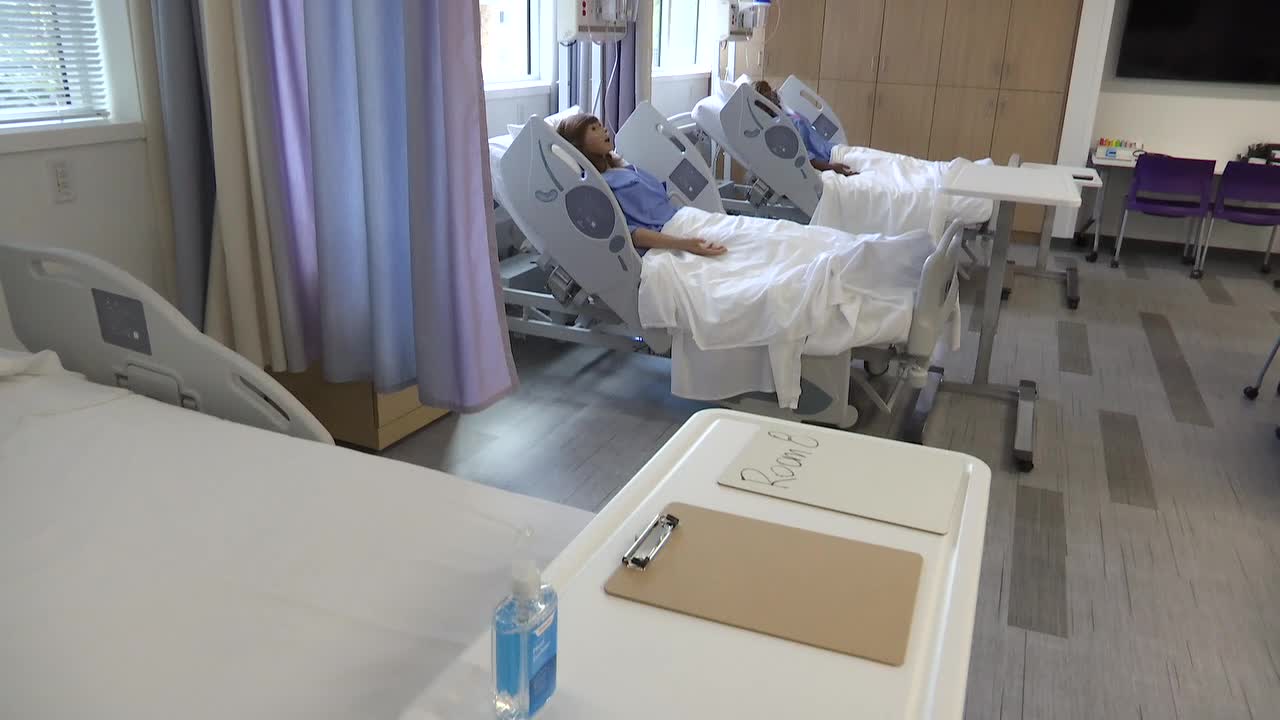 A lab at the brand-new Susan S. Morrison School of Nursing at the University of St. Thomas features robot patients. (KSTP)

Hang said the students will learn medical skills in the lab but will also be taught “cultural competency,” which will help them serve patients’ needs according to their traditions and cultures.

“We’re trying to create something that’s original,” Hang said. “We need to see the people we have in front of us, of course with science-based evidence in terms of treatment and care, but we have to understand the mental, the physical, the social and the spiritual every time we look at a human being. And that’s what we’re really missing from health care. We have to look at the whole human being in all of their dignity and worth.”

Christopher Edwards, one of the students in the inaugural class, hopes to be an emergency room nurse, noting there are not many men in the profession.

A recent survey from the American Association of Colleges of Nursing found only 9% of registered nurses nationwide are men.

“Just being able to see people who look like me in the profession is really awesome,” Edwards said.

“My parents are from Palestine,” said another student, Sarah Abuisnaineh.

She believes the values of her culture can make a difference in her work.

“One thing that’s really important to us is taking care of the elderly in my culture,” Abuisnaineh said. “I love to take care of others. I want to be an advocate for the patient. I want to speak up for them when they can’t.”

The University of St. Thomas hopes its new nursing school brings more people into the profession in the midst of an ongoing nursing shortage and also helps bridge the gap with patients from diverse backgrounds.

“That is pretty awesome just to say that I am a part of that,” Edwards said, “that I am going to make a change within the health care system.”