He called it an “unimaginable tragedy” that “is very, very difficult for us, that makes us have heavy, heavy hearts,” sister station WDIO reported.

Duluth Police obtained information indicating that the subject had access to weapons. With assistance from other agencies, Tusken said police conducted a “methodical search” of the residence and located five deceased people, as well as a deceased dog.

The names of those found dead have not yet been released because family members are still being notified. 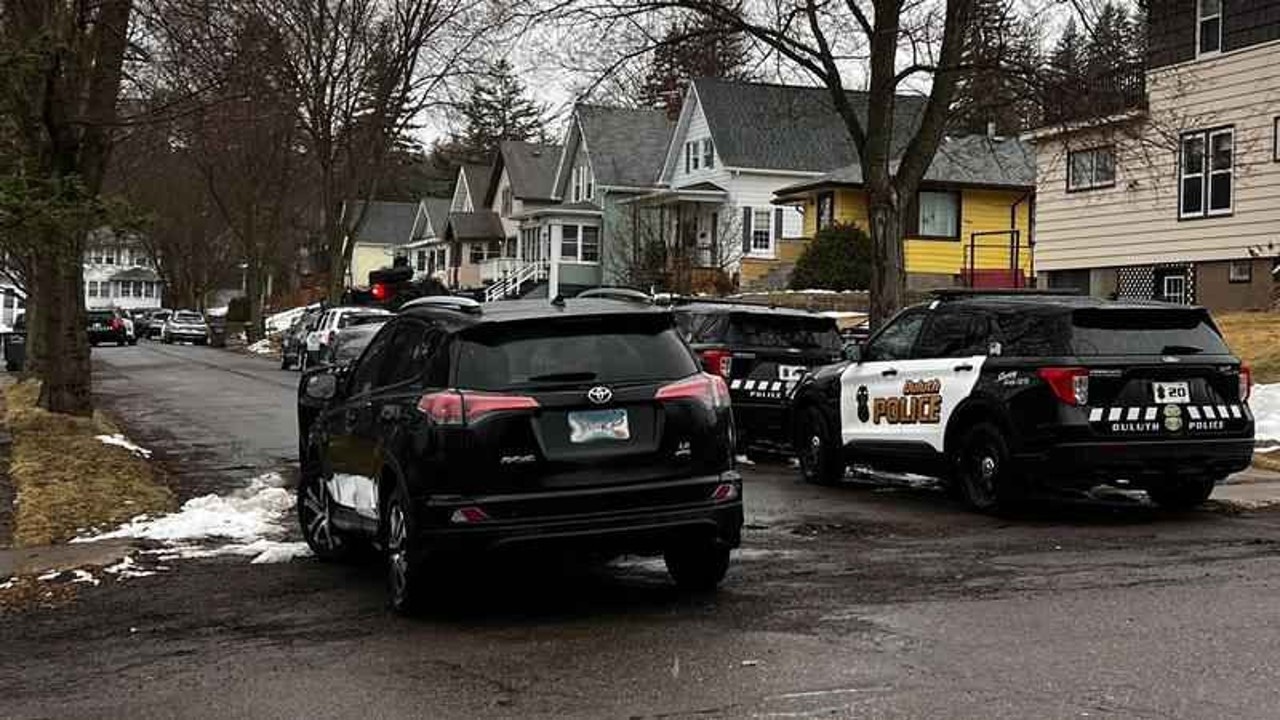 Duluth police block of the street where five people were found dead in a home Wednesday, April 20, 2022. (WDIO)

Tusken said they do not believe there is a threat to public safety at this time.

Personnel from the Duluth, Superior, and Hermantown police departments, the St. Louis County Sheriff’s Office, and the Bureau of Alcohol, Tobacco, Firearms, and Explosives, St. Louis County Social Services, DPD CORE Unit, and Mayo Ambulance were on the scene.

Police say their investigation remains active and ongoing. They plan to release more information on Thursday.

City spokesperson Kate Van Daele said Mayor Emily Larson is out of town but has been monitoring the situation and sends her condolences to the family.

“Our hearts have been shattered these past 24 hours in Duluth. No family or community should have to go through such an unspeakable tragedy and it’s hard to even put into words the sadness we feel as a Duluthians. Our hearts, our prayers, and all of our love go out to the family, as well as the entire neighborhood. We’re a strong city – we take care of each other – and we know we’ll pull together as a community to support those who need our help right now. We also want to say we are grateful for the Duluth Police Department and know yesterday was a very hard day for the officers who responded.

“As we learn more details through the investigation we will work with the city administration and DPD on any public safety next steps.”

This is a developing story and will be updated as more details are released.