An internationally known wrestler from Ukraine is now training in Minnesota, after escaping his war-torn homeland.

Zhora Abovian and his wife Khrystyna arrived in the Twin Cities last month.

“I am lucky to be here,” Abovian said.

He showed 5 EYEWITNESS NEWS a video he took from his apartment in Ukraine, as Russian missiles hit the city.

“As soon as he approaches the window to look what’s happening, he sees the explosion,” said Ivan Gkach, who translated for Zhora during our interview. 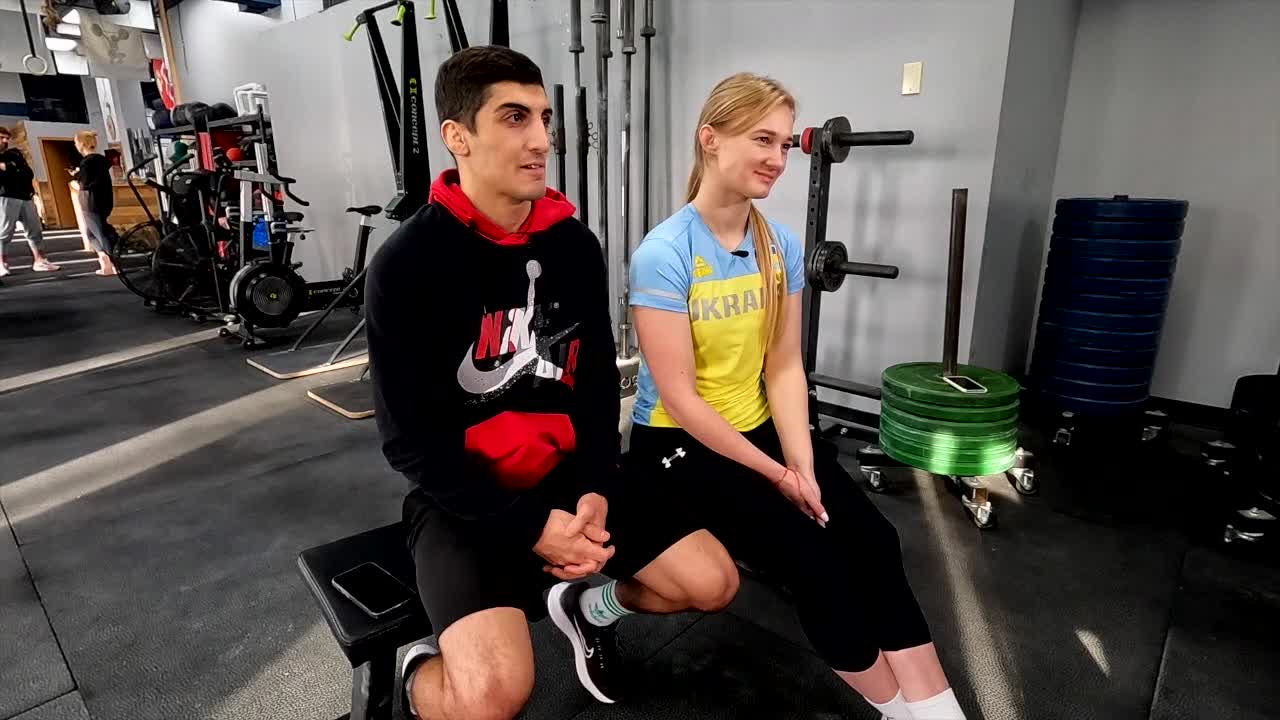 Zhora Abovian and his wife Khrystyna speak at Crossfit City of Lakes (KSTP).

Abovian was at training camp in Kiev with the Ukrainian National Team when the war began.

He is an internationally ranked wrestler who has competed in the World Championships three times and was selected for the Ukrainian Olympic Team in 2020, before having to pull out for an injury.

“For the last three or four years, I was number one in Ukraine,” Abovian said.

He credits wrestling with helping him flee the war and come to the United States.

“Because of wrestling, I have a lot of people all over the world who know me,” Abovian said. “A wrestling friend in Armenia introduced me to the Minnesota Storm, so that’s how I’m here.”

The Minnesota Storm is an elite local wrestling club for Olympic hopefuls.

Wrestlers with the Minnesota Storm learned Zhora and Khrystyna could get out of Ukraine with temporary visas but would need a place to stay.

“I was kind of like, woah, two people moving into my home? But I thought too about the situation that’s going on and thought if I was in their shoes, what would I want,” said Rich Carlson, another wrestler with the Minnesota Storm.

Carlson agreed to take the strangers in and quickly realized Abovian’s talent.

Abovian is headed to the U.S. Olympic Training Center for a training camp in January with teammates from the Minnesota Storm.

“If I be able to wrestle for United States, hopefully I’ll surprise the country,” Abovian said.

Zhora and Khyrstyna also have newfound family at Crossfit City of Lakes, where they work out several times per week.

Members of the gym have helped them settle into their new home, collecting gift cards for groceries, gas and clothes.

“God give us these people, very good people,” Khrystyna said.

Minnesota Storm teammates are also raising money to help the couple with essentials and training expenses. If you’d like to help, click here.