The war in Ukraine has become a massive tank trap for Russian forces.

“The Russians have lost hundreds of tanks,” said Kathleen Collins, an associate professor of political science at the University of Minnesota. “They have lost possibly up to 600 tanks or so on the battlefield.”

After going off-road, some tanks are stuck in the mud from the spring rains.

“They’ve simply been left there and abandoned,” Collins told 5 EYEWITNESS NEWS. “Many have run out of fuel. There’s a huge logistical problem with this Russian operation, with the ground operation. The result of this is that many tanks, close to two-hundred tanks have been captured by the Ukrainians.” 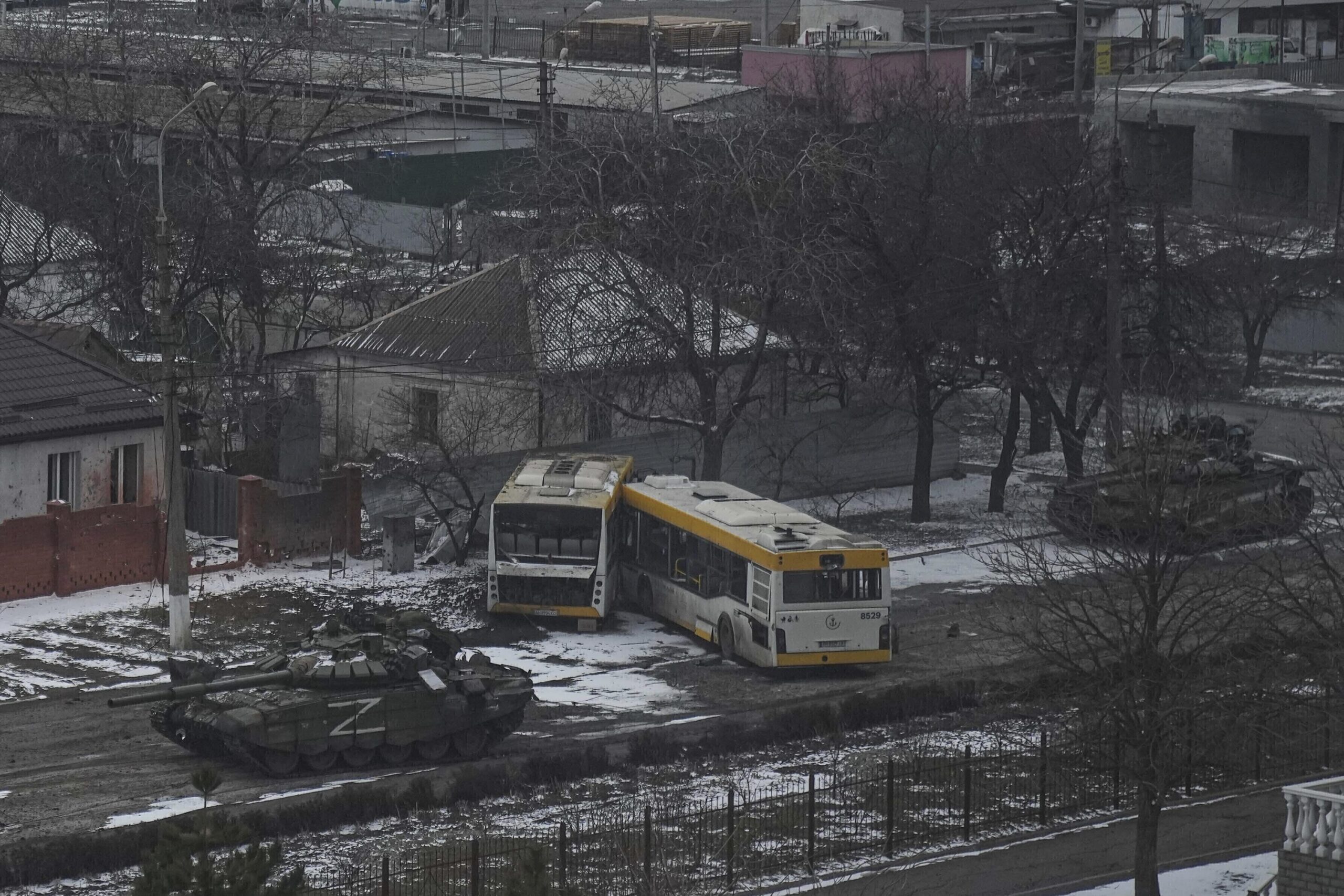 Collins said these tank losses for the Russians come even as the U.S. is sending an additional $800 million in military aid to Ukraine. It’s the second such aid package in as many weeks.

“We have the capacity to do this for a long time,” Biden told reporters. “The question is, are we going to continue to maintain the support of the international community?”

Collins emphasizes that howitzers are a crucial weapon in the aid package because they can fire artillery rounds at extremely long distances.

She points out that the fighting in Ukraine is quickly depleting ammunition supplies, which is why, she says, the U.S. is sending thousands of rounds of ammo to fit those howitzers.

“It sends a message to Russia, it sends a message to the international community, and the Ukrainians of course, that the U.S. is continuing to back them,” Collins notes. “Ukrainians are effectively using the military aid that we’ve been giving them. But in this escalating war, they’re also rapidly depleting their supplies.”

Meanwhile, new, haunting images are coming out of Ukraine — from haphazard graves to long lines of people trying to identify loved ones killed by Russian forces.

The United Nations is reporting more than five thousand confirmed civilian casualties since the war began.

U.N. observers say they believe the number is much higher after finding evidence Russia appears to be deliberately targeting civilians, including mass graves in Bucha, now largely destroyed.

Timothy Kehoe, an economics professor at the University of Minnesota, says Russia — and President Vladimir Putin — are feeling the effects of the west’s sanctions.

“We’re really not sure how long it’s going to go on,” Kehoe told 5 EYEWITNESS NEWS. “He’s really done very long-term and severe damage to the Russian economy as a result of these sanctions.”

Kehoe said the most significant economic hit for Americans is no secret.

“We’re used to buying gas for a dollar-seventy-five during the height of the pandemic, and now we’re seeing four dollars. And I think that is going to last for a while,” Kehoe explained. “That’s going to depend on when this war gets over. I don’t see that President Putin is in a rush to end this war.”

Experts say the conflict isn’t the only factor in the prices we’re seeing right now.

Rising consumer demand, the lifting of COVID-19 sanctions, and the U.S. ban on Russian oil and gas imports are all believed to be part of it.

Kehoe and other economists say the longer this goes on, the longer a price drop will take, likely months, well into the summer travel season, with possibly no relief at the pump until September.

But he adds high prices could give consumers an incentive to try energy-saving technologies.

“Right now, we have the electrics and the hybrids; we have ride-sharing,” Kehoe said. “That’s just going to speed that kind of stuff up, [and] we’re already moving in that direction.”

Meanwhile, Collins says the war appears to be shifting toward the Donbas region in eastern Ukraine.

“I think it’s a realistic assessment on the part of the Russians that they can’t take the whole country,” she said. “They’ve realized that the initial strategy, decapitating the regime in Kyiv, is not going to work. The ground campaign is too weak, the logistics too poor, particularly in the west of the country.”

There is, however, a caveat, Collins noted: the air war.

Collins said the Russian military has “not used the full power of their air force at all … If they increase the air campaign dramatically in the east, in the Donbas region, then Ukrainians are going to need more in terms of numbers. What they have will not be sufficient.”

Collins pointed out that the timing of the new aid package may be crucial in what appears to be a reshaped conflict between the Ukrainian military and Russian forces.

“The Russians could declare victory if they successfully control the Donbas region, and particularly if they cut off the eastern part of the country,” she explained. “Nonetheless, it’s going to be a struggle, and it’s a campaign that’s going to take many months. And if Ukrainians are equipped well enough in part by the west, it’s very likely they could push the Russian forces back.”